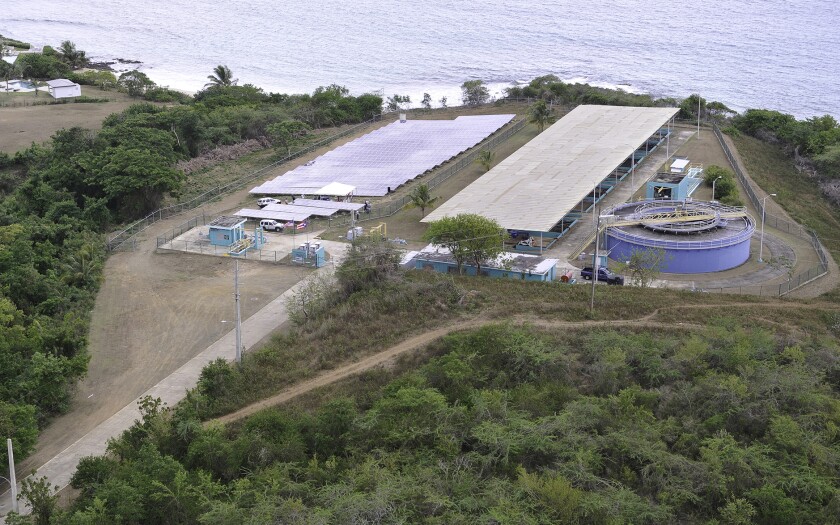 Hurricane Maria, which hit Puerto Rico in September 2017, was the most damaging hurricane for the island since the 1930s.

The funding would be the federal government’s 90% share of the $4.1 billion fixed cost estimate of Puerto Rico Aqueduct and Sewer Authority facilities’ needs.

In September Trump announced FEMA grants of $9.6 billion for electrical infrastructure and $2 billion for education facilities. Together with the PRASA grant, “these grants exceed the total public assistance funding in any single federally-declared disaster other than Hurricanes Katrina and Sandy,” the White House Press Office said.

“We thank FEMA and [Puerto Rico disaster recovery agency] COR3 for their support in the process of rebuilding Puerto Rico. It is with great gratitude that we receive one of the largest Public Assistance Grants for PRASA’s infrastructure,” PRASA Executive President Daniel Pagán said.

“The $3.7 billion is a historic amount in the obligation level in recovery funds; our gratitude to everyone who made it possible,” Pagán continued. “We are eager to start the projects and continue the path to reconstruction and recovery.”

When Trump announced the September aid for electricity and education, Moody’s Analytics said the aid would boost the economy. The Puerto Rico Oversight Board also assumes federal hurricane aid will stimulate the economy.

Some Democratic members of Congress have criticized the Trump administration for what they say is the slow pace the administration has approved hurricane aid.

As of Monday, Congress had approved $63.7 billion in aid for the hurricanes, the 2019-2020 winter earthquakes, and COVID-19’s impacts on Puerto Rico. Of this total, the federal agencies have since “obligated” or promised $39.5 billion. And of that sum, $17.8 billion had been disbursed, according to Puerto Rico’s government.