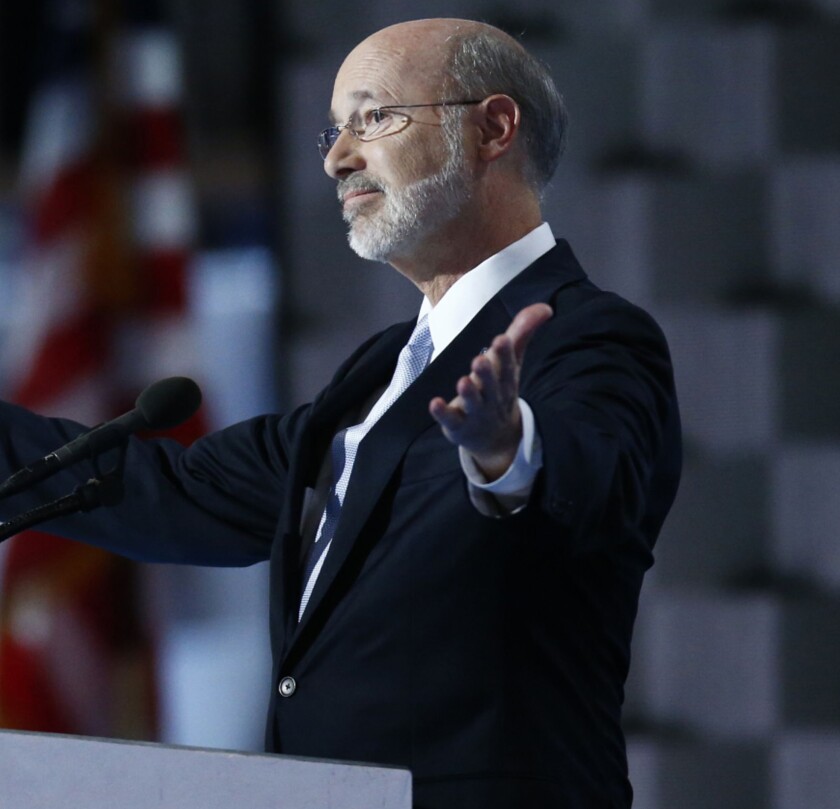 Pennsylvania lawmakers’ use of $1.3 billion in federal COVID-19 funds to balance its fiscal 2021 budget came despite calls to target the money for those most affected.

The legislature on Friday approved the backfill to balance the $35.5 billion spending plan, down 2.2% from the previous year. It is headed to Gov. Tom Wolf’s desk.

“With some $2 billion of one-time revenue, this sets up 2021 as a difficult year for budgeting. It’s clearly designed to muddle through the rest of the fiscal year. Right now, that may be enough.”

In addition to the remaining CARES Act money, the plan relies on transferring roughly $531 million from special funds, including $185 million from workers’ compensation security and $100 million from the state’s rainy-day fund.

Lawmakers chose a path of least resistance after years of battling with Wolf over the budget. Wolf, who took office in January 2015, is a Democrat who works with a Republican-dominated legislature.

Reflecting the divide over how to use the relief money — which negotiators for Wolf’s administration and the legislature worked out — the House of Representatives and Senate approved the budget 104-97 and 31-18, respectively.

Dissenting lawmakers and various groups, such as restaurants, social service providers and hospitals said the commonwealth should have earmarked the relief money based on need.

Updated federal guidance enabled the use of the federal money to backstop the budget.

“If it is legal, it is clearly not right.” John Longstreet, president of the Harrisburg-based Pennsylvania Restaurant and Lodging Association, said in a statement.

“I view a vote for this budget as a vote against small businesses across Pennsylvania, especially restaurants, salons, gyms, hotels and non-profits that have done so much for our communities,” she said. “We need to do better for them.”

The free-market oriented Commonwealth Foundation said the backfill may create a gap for next year that may prompt Wolf to request another tax increase.

“The November budget includes nothing for students struggling at home as more and more schools close,” said the foundation’s president, Nathan Benefield. “Proposals like Back on Track education scholarship accounts would be a perfect way to ensure the end-of-year budget takes care of everyone in need.”

Marc Stier, director of the left-leaning Pennsylvania Budget and Policy Center, added: “While it is an important achievement that there are no deep cuts to education and human services in the budget, the budget does not meet the needs of Pennsylvanians who are suffering from the effects of the COVID-19 pandemic and the economic crisis it created.”

S&P Global Ratings on Sept. 1 revised its outlook on Pennsylvania to negative from stable, while citing at least a one-third chance of a downgrade.

Also in the budget bill was enhanced taxing authority for capital Harrisburg, which according to Mayor Eric Papenfuse could bring in about $12.4 million in revenue annually.

The 49,000 population city flirted with bankruptcy several years ago before agreeing to a state-approved recovery plan. It is still under the state’s workout program for distressed communities, known commonly as Act 47.

“This is a monumental achievement,” Papenfuse said.

Moody’s on Monday downgraded to Ba2 from Baa3 its rating on the Pennsylvania Economic Development Financing Authority’s Series 2013 senior parking revenue bonds, with a negative outlook.

The bonds are secured by a first lien on parking system revenues, derived from the operation of the Capitol Region Parking System, called Park Harrisburg. The Harrisburg Parking Authority’s system includes nine parking garages, two lots and about 1,200 meters for on-street parking spaces.

Moody’s cited “very narrow liquidity for the project as a whole, with complete dependence on the commonwealth’s monthly lease payment to support Series A debt service.” The move affects about $118 million of debt.

Fitch last month downgraded the bonds to BB-minus from BB.

Harrisburg’s recovery plan was hinged in part on parking revenue.