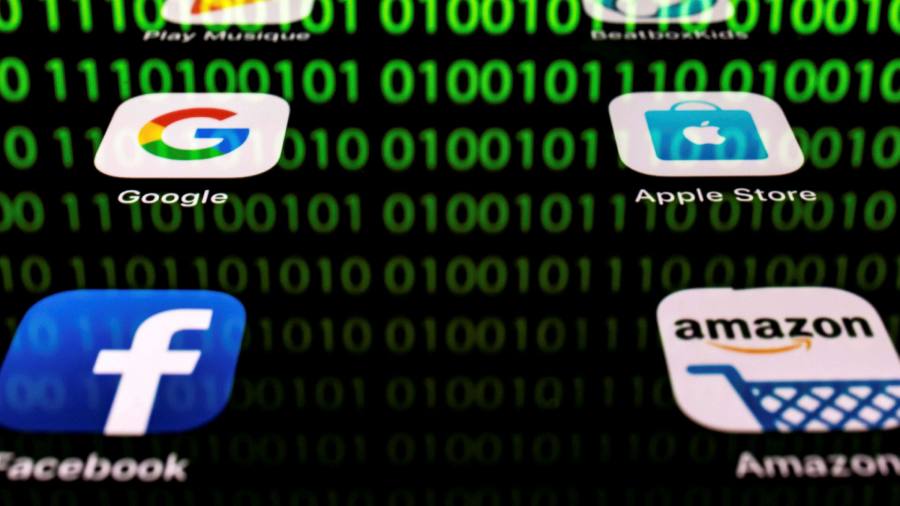 French tax authorities have begun demanding millions of euros from US tech giants as they push ahead with a new digital services tax that has enraged Washington.

Facebook and Amazon are among the companies to have received communication from French authorities in recent days demanding payment of the tax for 2020, and multiple more companies have been contacted, according to French officials and company executives and advisers.

The collection of the tax, which Washington has said is an example of an unfair trade practice because it largely affects US companies, threatens to reignite the transatlantic trade war and trigger new US tariffs on Europe weeks ahead of the inauguration of Joe Biden.

The US trade representative’s office is now expected to put tariffs of 25 per cent on $1.3bn worth of French handbags and make-up, having at first threatened to hit champagne and cheeses with import tariffs of 100 per cent.

Several governments have either already introduced or plan to introduce their own digital services tax, arguing that tech companies currently pay too little tax on the substantial profits they make in many countries, partly because they record those profits in low-tax jurisdictions such as Ireland.

Paris’s demand to collect the tax represents the end of a truce with Washington. The two sides agreed in January to allow more time for talks on a multilateral taxation framework overseen by the OECD to play out over the course of the year. As part of that pause, France agreed to temporarily stop collecting its digital tax.

However, the US suspended its talks with the OECD countries in June, and no solution is now expected until the middle of next year.

“Everybody has been leaning pretty hard on the OECD process and saying we need agreement,” said Cathy Schultz, vice-president for tax policy at the National Foreign Trade Council in Washington. “But if we don’t reach an agreement, these things are just going to run rampant and we’re going to have more of the trade war.”

France has said it wants an EU proposal in early 2021 for taxation of digital services across Europe in case the OECD talks continue to make no progress, although its preferred option remains an international solution through the OECD.

“We can’t wait any longer and the tech companies are the big winners of the pandemic,” said one French official, adding that the European plan was “a lever” in the current negotiations. “Their turnover is soaring and they haven’t been paying fair taxes even before the pandemic.”

The demands for collection of the tax and the likely imposition of more tariffs on a US ally now poses a difficulty for Mr Biden, who has said he would look to smooth out diplomatic and trade tensions with European capitals.

However, on Capitol Hill there is bipartisan opposition to countries imposing their own digital services taxes rather than negotiating a multilateral deal through the OECD.

Ron Wyden, the top Democrat on the influential Senate finance committee, who has described the French tax as “discriminatory”, on Friday said France’s effort to start collecting the taxes represented “an escalation against American employers” that served to “leave more US industries open to unfair foreign taxes”.

Brian Jenn, a former US Treasury official, said he did not expect the US position to shift fundamentally with the change of administration.

“Biden’s administration might not be as aggressive about threatening new tariffs, but they can take advantage of tariffs already on the table and use them to negotiate the taxes,” said Mr Jenn. “I wouldn’t expect the Biden administration to just remove them.” France is the European country with the furthest advanced digital service tax, but several others have either proposed them or enacted them in law — including the UK, which is scheduled to begin collecting its own levy in April.

Over the summer, the US trade representative Robert Lighthizer announced further probes into a number of countries that are adopting digital services taxes, including the UK, Italy, Austria, Brazil, Indonesia and the EU, which could lead to more punitive Washington tariffs before the end of the Trump administration.

“We know that Lighthizer needs to get this stuff done, and is hell-bent on making sure he gets some of the stuff out the door,” said Ms Schultz. “But yes, the Biden administration is going to have to walk in and have to deal with all of this stuff. It’s a complicated problem.”