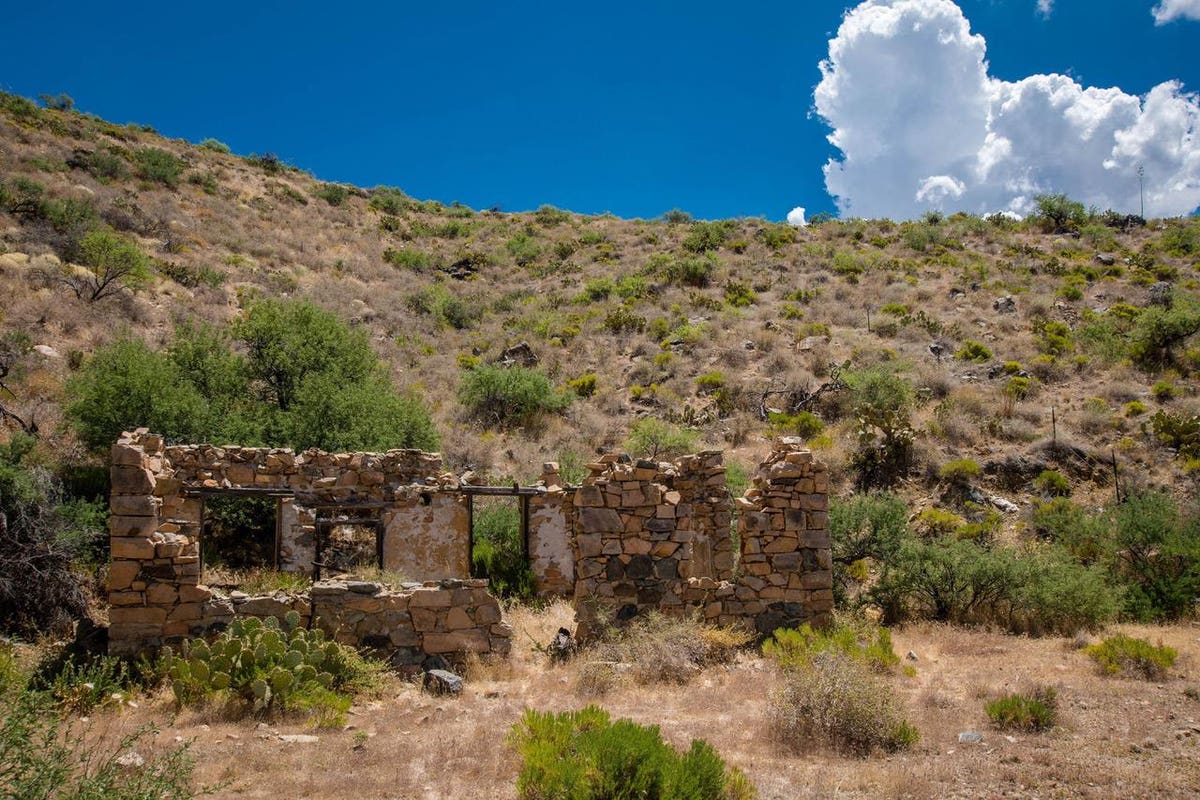 The Old Beehive in Wickenburg is one of the biggest gold mines in Arizona. Before it ceased operation in 1942, it produced over $310 million worth of gold, and that was from just 30% of the vein.

Part of the Octave Mine complex, which was developed by eight investors in the 1890s, it was probably first worked in the 1860s.

During its late 19th century heyday, the Octave Mine supported a whole town, with a post office, a school, a general store and a stagecoach line. Today, the mine complex is for sale. Offered in three parcels or in one comprehensive piece, it is comprised of 266 acres in a three and a half mile long piece of land that is only 600 feet wide. Claims follow the main gold vein and its offshoots, rising over 5,000 feet high. Perched directly above the gold veins, the property includes 25 miles of tunnels, a well, electrical service at a radio tower and a two-bedroom off-the-grid home.

Best of all, the land is patented, which gives the property owner exclusive title to the minerals underground. This is especially important because, effective 1994, Congress imposed a moratorium on spending appropriated funds for the acceptance or processing of mineral patent applications. Since then, the Bureau of Land Management has not accepted any new patent applications.

“This land can absolutely still be mined,” says listing broker Preston Westmorland of Russ Lyon Sotheby’s International Realty. “To start up operations, the owner would have to shore up tunnels and put in infrastructure, but otherwise, this mine has a very rich vein that can produce a lot more gold.”

He points out that the property includes the Nugget Pit, where gold nuggets have been found ranging in size from that of a walnut to that of an apple. One of the most famous nuggets recovered there is called “Nessie.” Roughly the size of a human hand, it resembles the shape of the Loch Ness Monster.

The current owner believes that there is huge potential for a future payout.

“Pretty much the entire vein system east of the radio tower is intact, except for the high grade and exploratory work at the Verno and Beehive sites, which was really just scratching the surface relative to the work done at the Octave,” he says. “The lack of real mining east of the tower was not due to lack of available vein material, which can be clearly located on site even today, but primarily because of fractured ownership and market timing issues over the years. The fractured ownership issues are no longer an issue and the small individual claims have been combined to a size now encompassing the total vein system like never before.”

In a five-page cover story, Prospecting and Mining Journal states “This is the first time all of these contiguous mining properties have been united under the control of a single owner.”

The three parcels on offer include the historic Octave Mine and 105 patented acres for $ 5,195,000; the highly-mineralized Upper Vein, including the famous Beehive Mine, which has produced the largest nuggets on the mountain, along with the Nugget Pit, Thunderbolt, Verno and Twin Tunnels, plus a comfortable two- bedroom home with energy system, a well, and a road to the top of the mountain. Encompassing almost 162 patented acres, it is offered for $5,285,000.

In most lives and places, a gold mine is a metaphor. But in this case, it is a very real opportunity.