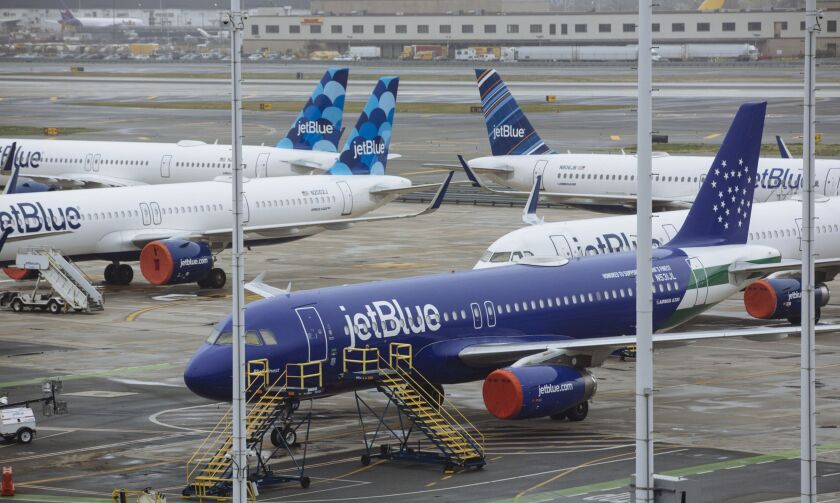 Municipal bond buyers swarmed in and snapped up the JFK Airport $332 million refunding deal, which came to market on Tuesday. Sources told The Bond Buyer the offering was massively oversubscribed, with one source saying they heard billions of dollars in orders came in for the bonds.

“It’s an iconic project that will change the flying experience for all time,” said John Hallacy, founder of John Hallacy Consulting LLC. “It will ease the flow of people and traffic through the terminal. That’s why there is so much interest in it — after COVID, flights will resume as we begin to travel more.”

The issue is the first part of a $1.1 billion offering from the N.Y. TDC, which will also sell a $671 million non-AMT tax-exempt issue the week of Dec. 14. Proceeds from the issues will be used to defease or redeem JFK IAT’s outstanding Series 6 bonds, sold in 1997, and Series 8 bonds, sold in 2010, and repay JFK IAT’s subordinated Port Authority investment.

In secondary trading, municipals were steady to weaker as Treasuries weakened and equities rose after Joe Biden was acknowledged as the apparent winner of the presidential election by a federal agency in a move that reduced political uncertainty and calmed markets.

Yields on top-quality munis were unchanged to one basis point higher on the AAA scales, with Treasury bond yields rising by as much as five basis points.

Muni-to-Treasury ratios have been falling sharply in this month’s trading sessions, according to Refinitiv MMD.

“Muni-to-Treasury ratios have reached pandemic level lows during the past week. This recent decline may have been facilitated by the thin supply of new issues,” according to Daniel Berger, Refinitiv MMD senior market strategist. Late Tuesday, the ratios fell to new lows, with the 10-year M/T ratio at 82.7% and the 30-year ratio at 88.4%.

This week’s paltry new-issue slate of about $1 billion, he added, might be a short-term factor in keeping ratios low.

“We expect that ratios could drop further this week, but that they might rise when volume increases for the typical December rush,” Berger said.

Kim Olsan, senior vice president at FHN Financial, noted the lack of supply had an effect on Monday’s trading.

“Without enough primary direction, the secondary market struggled to find momentum yesterday,” she said. “Total par value traded failed to reach $4 billion and it likely won’t be until next week when a better focus can develop with a larger calendar.”

“Despite quieter trading sessions, ultra-short volume is active on strong note sales,” she said. “Many recent issues that carry short-term ratings are finding solid distribution at concessions to the AAA one-year spot, as well as favorable cross-market ratios above 125%.”

Further out on the curve, she said, the trend was toward “tighter spreads and as a result, more demand for coupon and call variations that offer any yield relief.”

There were no competitive sales over $50 million on the calendar.

Proceeds will be used to fund capital projects and refund certain outstanding bonds for savings.