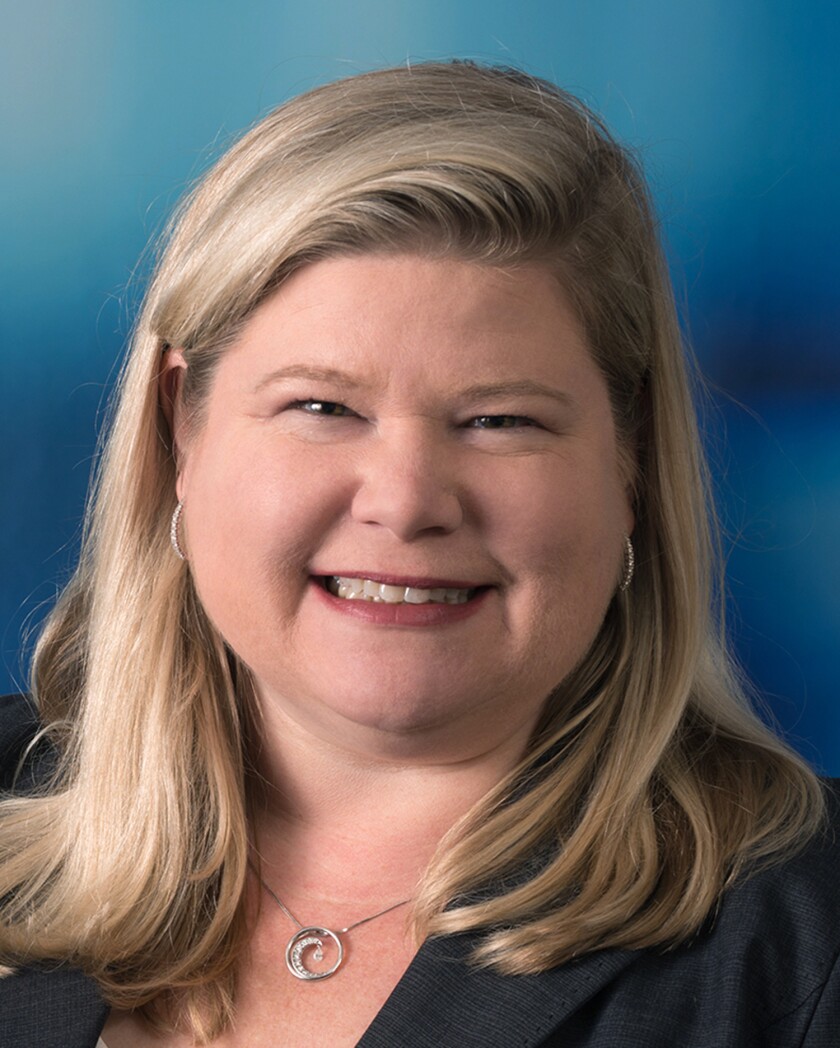 She replaces Tom Walsh, who is retiring on Dec. 1.

Johnston is part of an industry trend that has seen more women promoted into leadership roles as baby boomers retire.

“I definitely think things have changed since I joined,” she said. “Our company is run by a woman, and our chief investment officer is also a woman. Franklin Templeton has a history of promoting women.”

Johnston, is sheltering in place amid COVID-19 working conditions in the Napa Valley, but is based in the firm’s San Francisco office. She had been the research analyst heading Franklin’s tax-backed group.

Franklin Templeton’s muni bond team has 11 portfolio managers and 14 credit analysts with an average experience of over 20 years dedicated to the asset class, according to the firm. The team also benefits from the collective insights of the entire Franklin Templeton fixed income platform, which includes over 140 investment professionals around the world.

In her new role, Johnston will set research strategy and further develop the research team to ensure the team provides top-notch products, she said.

As COVID-19 struck, Johnston’s team created a model to evaluate how the states would be impacted. They looked at the potential impacts to reserves, financial metrics, the employment base and at what percentage of revenues come from sales tax, she said.

“It enabled us to get a fast and quick snapshot of where we thought the pressures would be,” Johnston said. “We are further developing that research and will continue to use it moving forward.”

Johnston, who has spent her entire career at Franklin Templeton, started in the associate training program after earning a bachelor’s degree in business and political science from Santa Clara University in 1993.

“I was one of those people, who came into college with no idea of what I wanted to do,” she said. “I ended up being a poli sci major, but my dad said I should major in business, so I had something to fall back on.”

“In college, I thought I might eventually be a city manager,” Johnston said.

As a Franklin associate, she had the opportunity to rotate through different financial product areas, eventually landing in the municipal bond group, after another associate mentioned the muni group nicely matched her interests in public policy and finance. Once there, Johnston said she knew she had found her niche.

While at Franklin, she earned her master’s in public administration from the University of San Francisco, graduating in 2000 after three-and-half years.

“Though I am in California, our schedule is set to market time,” Johnston said. “That early start time, gave me time to study in the evenings.”

Over the course of her career, she has worked on an array of municipal bond research projects including local and state governments in California, New York, Illinois and Puerto Rico. She has worked on everything from general obligation bonds, to lease-revenues, certificates of participation and dedicated tax bonds issued by state and local governments and school districts. She has also worked on municipal tobacco securitization bonds, higher education, cultural institutions and distressed debt and bankruptcy.

“I sought out leadership roles as a way to get more involved and make a difference,” Johnston said.

“Professional associations play a very large role in our industry, because the industry is fairly small and they offer the opportunity to get to know people who work in different aspects of the industry including lawyers, investment and ratings analysts, and bankers,” she said.

The associations also promote disclosure, she said, and provide educational workshops that further the knowledge of people who work in the industry.