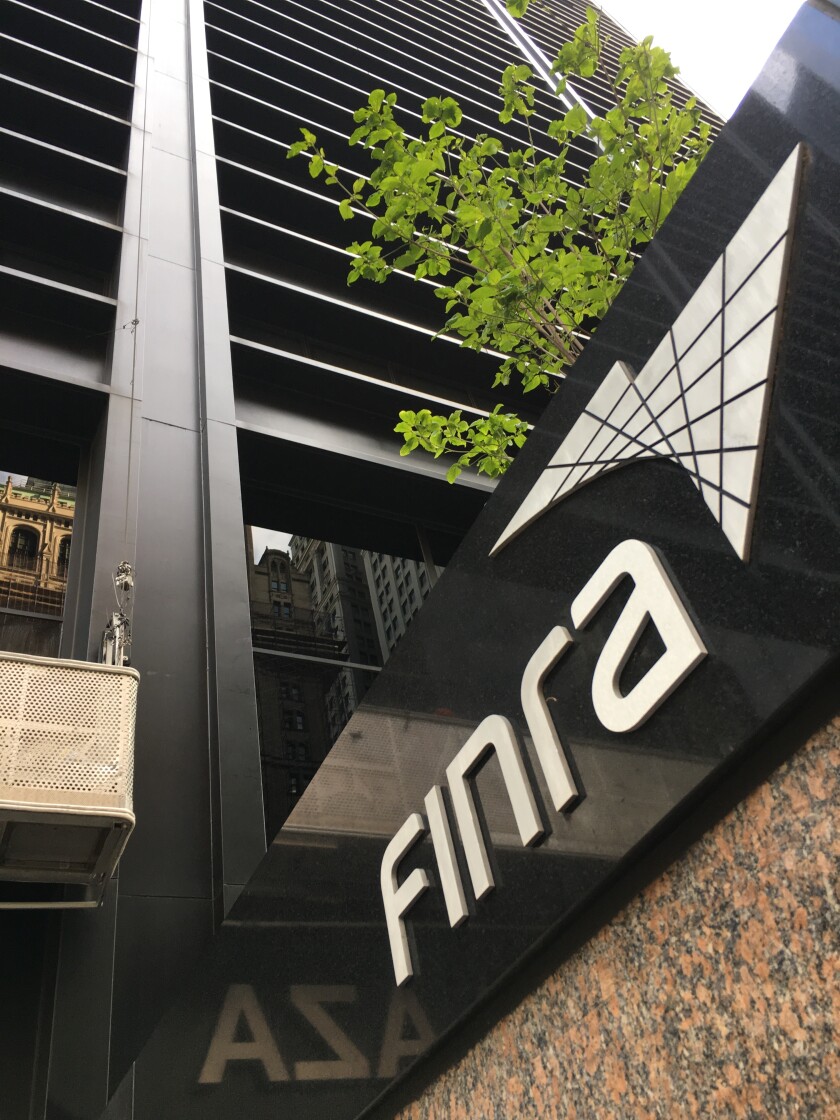 A muni broker agreed to pay $7,500 to settle charges he violated the fair dealing municipal securities rule after the Financial Industry Regulatory Authority found he altered documents and didn’t disclose conflicts of interest.

Kevin Rast agreed Monday to pay that fine and agreed to a four-month suspension from any FINRA firm while neither admitting nor denying FINRA’s finding that he violated Municipal Securities Rulemaking Board G-17 on fair dealing.

FINRA examiners alleged that Rast, on two separate occasions in 2016, produced altered documents in response to FINRA requests for evidence of supervisory review.

According to FINRA, Rast downloaded 12 report cards through the MSRB’s Real-time Transaction Reporting System. The report cards showed the number and percentage of trades the firm reported late.

Each of those report cards included the date Rast downloaded the document from RTRS, FINRA said, alleging that Rast deleted the download dates, circled percentages on some report cards and initialed each one.

“By producing the altered documents in response to FINRA’s requests for evidence of supervisory review, Rast gave the false appearance of contemporaneous supervisory review of the firm’s report cards when he had not conducted such a review, notwithstanding that he may have conducted some supervision of trade reporting,” FINRA said.

As a municipal securities principal at CFGCM, Rast was responsible for ensuring that all appropriate disclosures were made, in writing, to the offering participants, FINRA said.

In two municipal bond offerings for a non-profit used to buy and redevelop housing projects, FINRA said CFGCM did not disclose financial relationships with the asset manager, (Company A), and consultant (Affiliate A) in the two deals.

“CFGCM did not make a written disclosure of these relationships with Company A or Affiliate A to the issuers, customers, or other participants in the bond offerings, notwithstanding the potential conflicts of interest they posed,” FINRA said. “Neither OS (official statement) disclosed the financial relationships between CFGCM and Company A and Affiliate A, nor did they disclose that CFGCM had been offered the opportunity to nominate a board member for Company A.”