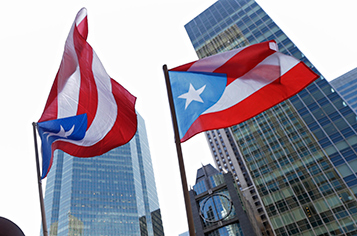 Statistics show that Puerto Rico’s economy bounced back in September and October from the spring COVID-19 lockdown.

Puerto Rico bondholders and the Puerto Rico Oversight Board have been using economic developments on the island to justify smaller or larger haircuts on the bonds in restructuring negotiations.

In September the island’s Economic Activity Index rose by 1.2% from August. On Friday the Economic Development Bank for Puerto Rico released the September value.

According to the U.S. Bureau of Labor Statistics’ household survey, from September to October the island’s total employment rose 0.1%.

However, from a longer-term perspective Puerto Rico’s economy is in decline.

While Gov. Wanda Vázquez retained some restrictions on business on the island in August and September, they are substantially looser than they were in the spring.