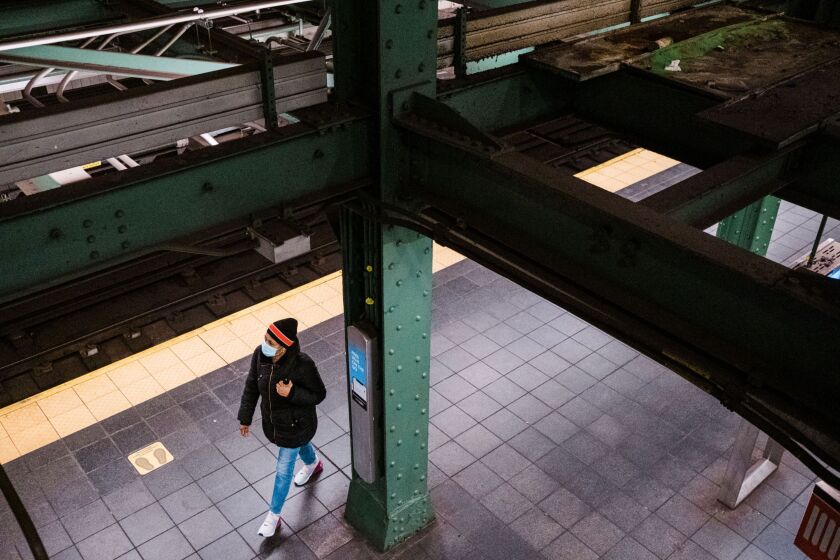 Issuers will lose a financial, if not psychological, backstop from the Federal Reserve at the end of the year and some participants fear the municipal market will become more fragile, less resilient and more prone to shocks amid another wave of coronavirus cases.

Following Treasury Secretary Steve Mnuchin’s move on Thursday telling the Fed to sunset emergency lending facilities created in response to the coronavirus — Thursday including the Federal Reserve’s Municipal Liquidity Facility — the news struck some municipal stakeholders as poorly timed and made them wary of the muni market’s future.

“As a country and a financial market, we’re not out of this yet,” said Matt Fabian, partner at Municipal Market Analytics. “So theoretically we should be layering on more tools, not removing them.”

Fabian called the MLF an insurance policy for both borrowers and investors.

“Now, without the MLF, the market becomes more fragile and more susceptible to setbacks, illiquidity and maybe selling if things turn negative,” Fabian said. “If credit trends turn even more negative, if fears of a major issuer defaulting or having trouble paying begin to grow,” those trends could weigh on the industry.

As COVID-19 deaths continue to climb, the Treasury’s timing “is poor,” Fabian said.

More than 2,000 American deaths were recorded by John Hopkins University in one day on Thursday, the highest since May. There are now over 11 million recorded COVID-19 cases in the U.S.

Mnuchin asked in a letter sent to the Fed to return unused funds to the Treasury from the MLF and four other lending programs created under the CARES Act.

And while some sources said the move was not unexpected given how well the municipal market has performed since the sell-off in the spring, the withdrawal of the MLF means that next year, investors will become more concerned about issuers’ ability to pay debt because of renewed economic shutdowns, Fabian said.

“It just makes us more fragile,” Fabian said. “If there is a shock to the system, like we have multiple states shutting down their local economy or say tax collections are postponed again to make it easier on taxpayers — that is a challenge that the MLF would help us get through, but lacking it, it means that states and cities are more on their own so investors will have to be more careful.”

“It was very clear that Congressional intent is it expires on December of this year,” Mnuchin said. “It is very clear in the law.”

Lawmakers could legislate extending the MLF and sources expects appeals from lawmakers before the end of the year on the interpretation of Congressional intent.

The Fed had the authority under the CARES Act to lend up to $500 billion for state and city issuers through the MLF. The U.S. Treasury provided $35 billion from the Exchange Stabilization Fund, using funds appropriated under the CARES Act, for the program. The rest of the funding comes from the Fed.

So far, Illinois and the New York Metropolitan Transportation Authority have been the only issuers to use the MLF. Both issuers this week said they intended to tap the facility before it expires and Mnuchin’s announcement will not change those plans as both were allocated a portion of the money in the law.

Mnuchin also dug into the MTA on CNBC Thursday, saying the authority has a revenue problem and the MTA can currently borrow from the traditional market without the Fed.

“Let me just say, there is a big difference between grants and loans, and the areas of the economy right now that are really hard hit like the MTA — they need to work with the state and federal governments on how they’re going to get grants to go forward,” Mnuchin said.

“We’re glad Secretary Mnuchin has acknowledged the MTA has a serious and substantial revenue problem, that we have been devastated by the pandemic and that we are the economic lifeblood of New York and the nation,” Foye said.

“We have been clear since the beginning of the crisis: Borrowing or cutting our way out of this is not an option. We need federal relief and we simply can’t afford to wait any longer,” Foye added.

But that is not stopping the MTA from using the MLF before it expires. The MTA’s Board on Wednesday approved to borrow up to $2.9 billion — its maximum available.

Many state and local governments have said they need direct aid from the federal government to get them through the pandemic. House Democrats passed a relief bill in May that would give $915 billion in state and local aid, but Senate Republicans are not in agreement.

On Thursday, the Fed responded to Mnuchin’s letter saying it, “would prefer that the full suite of emergency facilities established during the coronavirus pandemic continue to serve their important role as a backstop for our still-strained and vulnerable economy.”

Lawmakers have also weighed in, saying the facilities should be extended.

“The COVID recession is not over,” said Rep. Richard Neal, D-Mass., chair of the House Ways and Means Committee. “Millions of workers remain without jobs, and the futures of businesses across the country continue to hang in the balance. Ending emergency programs specifically intended to support the economy through this crisis is irresponsible and misguided.”

Other market participants expect the worst is yet to come for municipal credit, so the MLF should be extended.

“The MLF exists in case the market does freeze like it did in March and April,” said Tom Kozlik, head of municipal strategy and credit at Hilltop Securities. “It would be prudent for the Treasury and Fed to continue with that program for at least the next year, if not longer.”

Others said the short-term effects of the Treasury’s announcement won’t have an immediate effect on the market, given high inflows and investors are not questioning what municipal credit will look like in the near future.

Patrick Luby, municipal strategist at CreditSights, said the end of the MLF will not have a material, adverse effect on the municipal market.

“Its function of being the backup source of liquidity of the market has been demonstrated by the abundant liquidity available in the marketplace that it’s not needed right now,” Luby said.

The Fed and Treasury did a good job of moving quickly and providing comfort to the markets, Luby said.

Mnuchin also announced Thursday that the Money Market Mutual Fund Liquidity Facility would be extended by 90 days. The money market facility includes short-term municipal debt, including municipal securities, with maturities of 12 months or less. Market participants have said that facility has been more beneficial to more issuers than the MLF.

“Because the Fed opened up the MMMLF and accepted municipal VRDOs as collateral, that unlocked a lot of the dealer balance sheets to be able to take risks and provide liquidity to the rest of the muni market,” Luby said.

Meanwhile, Fabian doesn’t think volatility like the market saw in March is likely, but said the future is unpredictable.

“We are losing resilience — removing the MLF deprives the muni market of some resilience,” Fabian said.

A History of Impact Investing
Denver commuter rail P3, now fully operational, to refund launch debt
Is PayPal Safer Than a Credit Card?
Four Shifts Shaping The New Reality Of Office Real Estate
Real Estate In 2020: Top Trends In A Year No One Could Have Predicted