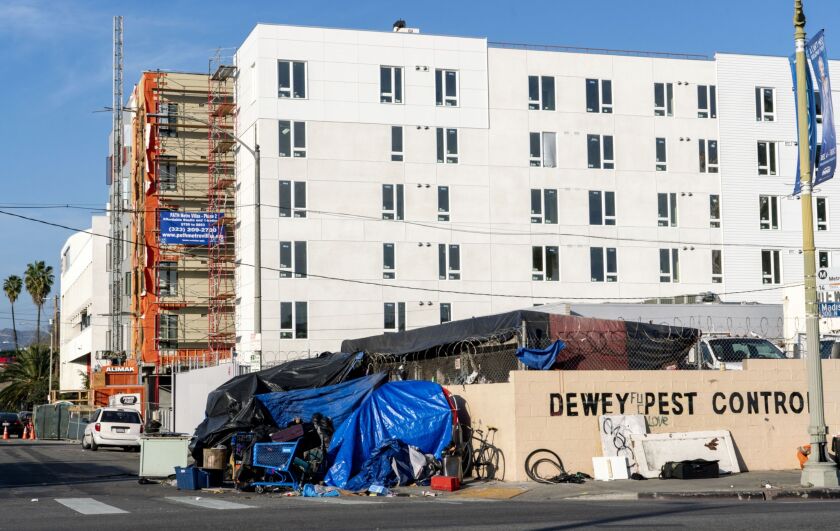 California has no comprehensive approach to building affordable housing and its mismanagement resulted in the loss of $2.7 billion of bond-issuing authority that could have gone toward preventing more residents falling into homelessness, according to a report state Auditor Elaine Howle released Tuesday.

While the state has four agencies providing financial support to housing developers, their requirements are “misaligned and inconsistent, which results in an unnecessarily cumbersome process,” the audit said. It called for the elimination of a debt committee chaired by Treasurer Fiona Ma that allocates the state’s limited bond capacity.

In addition, state law falls short of making sure localities are lessening the barriers to construction, the report said.

“California is failing to build enough affordable homes for lower income residents in part because the state lacks an effective approach to planning and financing development of affordable housing at both the state and local levels,” the report said. “The state needs to improve its statewide housing plan, harmonize its funding programs, and strengthen its oversight of cities and counties.”

The report is a criticism of state officials who, while declaring goals of building housing, have failed to reverse decades of government policies that have left California with a severe home shortage and exacerbated a homelessness crisis.

California has five of the country’s 10 most expensive residential markets and an estimated shortfall of 1.3 million affordable units. More than three million households pay rent that’s more than 30% of their monthly income. It’s home to 27% of U.S. homeless residents, while encompassing just 12% of the overall population.

The report also shines a light on the California Debt Limit Allocation Committee, an under-the-radar agency responsible for allocating billions of dollars in private activity bonds that are capped by the federal government and are vital for financing affordable homes.

While much of it goes to housing developers, some has gone to other purposes that are supposed to have a public benefit. Earlier in the year, the committee allocated $600 million of bond authority to a Las Vegas high-speed rail project pitched by Fortress Investment Group, despite entreaties from affordable-housing advocates to dedicate all of the state’s resource to housing.

Howle’s report, which didn’t mention the rail project, noted that the agency over the years made “questionable” decisions “that contradicted its legislative priorities.”

Even though staff members advised against it, the committee moved bond resources to the purview of the California Pollution Control Financing Authority, which helps waste and recycling plants. But the agency used just $800 million of the $3.5 billion of private activity bond authority it was given within three years, letting expire the bulk that could have boosted housing.

“During our audit, the Debt Limit Committee staff could not explain why management made the decisions that led to the $2.7 billion loss of bond resources,” according to the report, which recommended eliminating the office and its functions be transferred to a different agency that controls tax credits.

Ma is reviewing the audit, said her spokesperson Mark DeSio.

The committee on Wednesday is scheduled to divvy up the $600 million of bonds previously awarded to Fortress’s Brightline West venture but is returning because the company failed to sell the bonds. Many housing advocates and developers say every bond dollar should go toward alleviating California’s severe home shortage, but Ma had earlier indicated some of it could go to non-housing purposes.