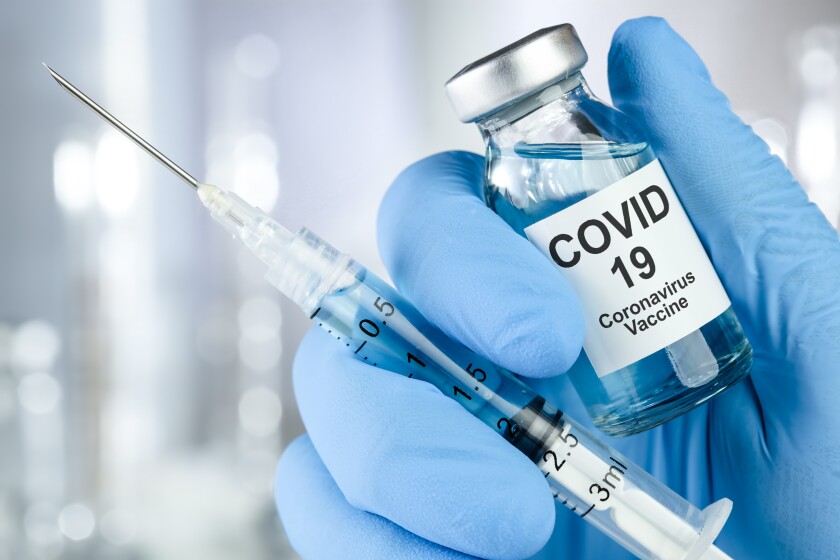 The prospect that vaccines to prevent COVID-19 should be available soon will give the economy a boost, according to analysts.

“The vaccine announcement has moved the conversation about a return to normal from ‘if’ to ‘when,’” said Bill Callahan, investment strategist at Schroders. “For long term investors, it’s not that important to know the exact date of widespread vaccine availability. What is most important is that the vaccine announcement removed some of the long term uncertainty, which had kept investors cautious.”

The positive results from the trial, he said, lifted “some uncertainty and fear.”

With the prevention expected to be available in the first half of 2021, “it’s likely to embolden people to return to most of their pre-pandemic lifestyles,” Callahan said. “While there are plenty of logistical challenges ahead for broad vaccine distribution, investors who wait for those challenges to be solved will miss the boat on the recovery trade.”

Others agreed about how the vaccine already improves the economic outlook.

“The stars are aligning toward a strong year in 2021, keeping in mind the impact on the real economy will be delayed by logistical difficulties,” said Andy Schneider, U.S. economist at BNP Paribas. “Some form of social distancing will remain after vaccine, but it will undoubtedly help the recovery process, even before it is readily available.”

In addition to providing consumers with confidence, it also will help the markets.

For investors, “the sentiment effect is hard to undervalue,” Schneider said. “There has been a positive market response to the news, not surprisingly, and it should come with reduced need for lockdowns and restrictions.”

But despite the end of some uncertainty, fiscal stimulus remains crucial, according to Megan Horneman, director of portfolio strategy at Verdence Capital Advisors.

“With one source of market volatility behind us we can focus on fundamentals and look for another fiscal stimulus package,” she said. “We continue to believe that another package is needed to bridge the gap as we move through the tough winter months. Unemployment remains elevated and despite the positive news on a vaccine, current COVID cases are rising.”

Eric P. Leve, executive vice president and chief investment officer at Bailard, agreed about the need for a fiscal package. “Could we get stimulus during the lame duck session? Possibly, but probably not at the scale the economy needs,” he said.” Would it cannibalize future stimulus? Probably, but getting this bird in hand is critical.”

Many variables about the vaccine and its distribution have yet to be disseminated, so patience will be key, said Selena Chaisson, director, healthcare investments at Bailard.

“The results haven’t been peer-reviewed, nor has the vaccine been in use long enough to determine the duration the vaccine will last in one’s body to protect against infection, nor what its potential side effects can be,” she noted. “Getting production into the hundreds of millions of doses will take time and a vaccine of this type has never been manufactured before. In addition, the logistics to deliver the vaccine will challenge all but the most developed economies with the best infrastructure.”

Also, there is a fair amount of skepticism in the general public regarding vaccine safety, Chaisson said. “If a large portion of the population is unwilling to take any vaccine, its potential benefit can never be obtained.”

Housing starts
Housing starts jumped 4.9% to a seasonally adjusted 1.530 million annual rate in October, from an upwardly revised September pace of 1.459 million, first reported as 1.415 million, while building permits were flat at a seasonally adjusted 1.545 million annual rate, as September’s pace was revised down from the originally reported 1.553 million, the Commerce Department said on Wednesday.