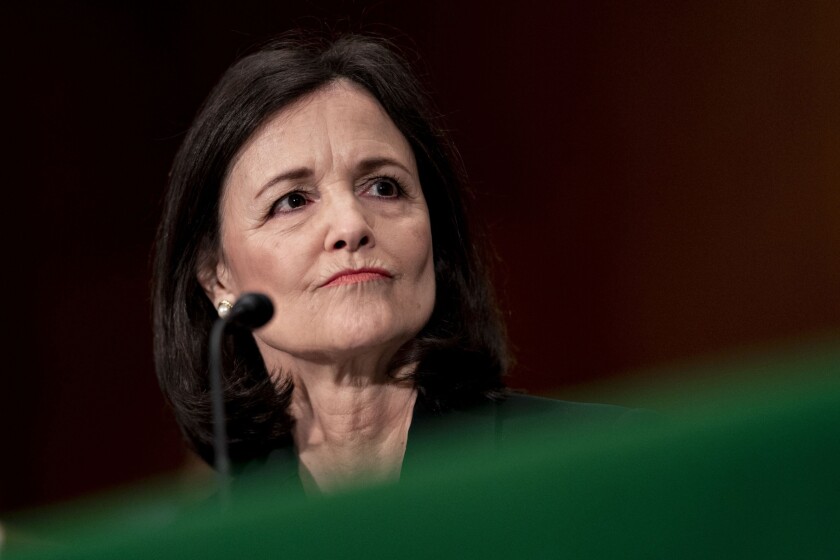 Judy Shelton’s nomination to the Federal Reserve Board was blocked in the Senate Tuesday, a stunning defeat for Senate Majority Leader Mitch McConnell and a blow to President Donald Trump’s drive to reshape the U.S. central bank before he leaves office.

Republican Senators Mitt Romney and Susan Collins joined with 47 Democrats and two independents in a vote against advancing Shelton’s nomination. Once the outcome was clear, McConnell switched his vote to no, a tactical move that would allow him to bring the nomination up for reconsideration later.

McConnell’s plans to confirm Shelton were blown up Tuesday morning when Iowa Republican Senator Chuck Grassley announced he would be in quarantine after exposure to someone who tested positive for COVID-19. GOP Senator Rick Scott of Florida also is in quarantine. Both were expected to back Shelton.

Shelton, 66, a former informal adviser to Trump, was long known for her advocacy of a return to the gold standard, ultra-hawkish views on inflation and opposition to federal deposit insurance. She provoked further controversy and opposition by abandoning those views and calling for interest-rate cuts to align herself with Trump as she emerged as a candidate for a Fed post.

Republican in waiting for Senate Finance chair has been attuned to muni issues
Stocks on track to close out month of big gains as jobs data looms
What Are the Listing Requirements for the NASDAQ?
Evictions have led to hundreds of thousands of additional Covid-19 cases, research finds
JFK Airport refunding deal massively oversubscribed, yields cut sharply