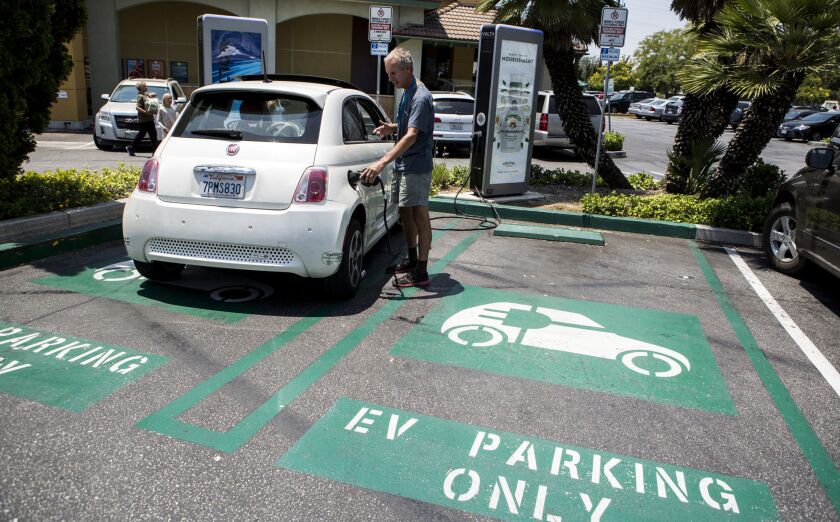 California’s plans to end the sale of gas- and diesel-powered passenger vehicles in 2035 creates uncertainty for fuel tax revenues, and not just in California, according to S&P Global Ratings.

Newsom, in an executive order Sept. 23, directed the California Air Resources Board to craft regulations requiring all new passenger cars and trucks sold in 2035 to emit zero emissions, with a 2045 target for zero-emissions medium- and heavy-duty trucks.

“We do not see an immediate impact on state highway gasoline tax-supported bond ratings for other states that pledge gasoline taxes to debt as a result of California’s executive order, because states will actively manage their highway funds so that replacement revenues cover vital transportation needs,” David Hitchcock, an S&P analyst, said in an interview.

In talks with transportation heads in different states, S&P was told that most states will wait to see what the impact is before taking further steps to replace the revenues that could be lost as technology evolves, Hitchcock said.

The change could also pressure electric grids if manufacturers and consumers favor electric vehicles over gas-powered models, he said.

It would be a boon to electric vehicles, but dampen sales for gas-powered vehicles.

The Legislature remains out of session and has yet to respond to Newsom’s directive, so it’s unclear how quickly auto manufacturers and car buyers would have to shift away from gas-powered vehicles, Hitchcock said.

Fifteen years is a long time in both transportation technology and politics — by 2035 California will be at a minimum on its second post-Newsom governor. But California since the administration of Gov. Arnold Schwarzenegger has been incrementally tightening greenhouse gas targets and rules through a combination of executive orders and laws.

Eliminating the sale of internal combustion engines in California is necessary to reduce asthma, sea level rise and to mitigate the loss of ice sheets around the globe, Newsom said at a press conference held when he announced his executive order.

The state is home to Tesla, the only manufacturer to sell EVs at scale. The state accounts for nearly 50% of electric vehicle sales in the country.

Phasing out gas-powered cars will not only reduce the hazards posed by carbon emissions, but will also act as a catalyst to bring more green jobs to California, Newsom said.

California is already a world leader in the electric car manufacturing industry, but could use some government help to flourish, according to a March report from the Los Angeles Economic Development Corporation.

Climate scientists and advocates have said the world needs to stop producing gas and diesel-powered vehicles by 2030 in order to keep global warming to tolerable levels. California and other countries are taking steps to achieve carbon neutrality by 2045, but it will take years for vehicles to turn over and be replaced by zero-emission models.

In September, millions of acres burned in more than a dozen fires across the state, generating smoke creating some of the worst air pollution in the world, forcing residents in the Bay Area and southern California to stay inside for several weeks

It was against that backdrop — in the fourth consecutive year of large-scale wildfires in conditions exacerbated by climate change — that Newsom signed the EV executive order.

Oregon Gov. Kate Brown said after Newsom’s announcement that her state has already crafted a plan to take similar actions.

“From pickup trucks to minivans, the future of vehicles in this country is electric,” Brown said. “I’m proud to say that, in Oregon, we have already set ambitious goals for increasing the number of zero-emission vehicles on our roads.”

Brown, who chairs the Western Governors’ Association, said she has launched the Electric Vehicle Roadmap Initiative with her fellow governors to encourage growth in the electric vehicle industry through consumer incentives, tax exemptions and by building an electric vehicle infrastructure across the West.

“These are ambitious goals that we can only meet if we work together,” Brown said. “I have faith in the ingenuity of the auto industry.”

The transportation sector is the largest single source of greenhouse gas emissions in Oregon and pollutants from diesel and gasoline combustion pose immediate public health risks for our most vulnerable communities in Oregon, Brown said.

Gov. Newsom’s executive action “is an impressive, transformative step towards reducing greenhouse gas emissions from the transportation sector,” Brown said. “I will be following the California requirement and looking into policies here in Oregon to accelerate transportation electrification.”

In S&P’s discussions with the heads of state departments of transportation, they have said that they will monitor the situation and make adjustments as needed, Hitchcock said.

No one has implemented a mandatory program to tax vehicles based on mileage driven, Hitchcock said, though Oregon has an optional program for drivers, and other governments and agencies, like the Los Angeles County Metropolitan Transportation Authority, are considering or have pilot programs underway.

As cars have become more fuel efficient over the years, reducing the link between fuel sales and road usage, the states have diversified the revenue sources they use to support infrastructure projects, Hitchcock said.

The State of Washington has “explored implementing a per mileage fee,” said Jason Richter, deputy treasurer for debt management. “That is a work in progress here, as it is for most states.”

The state has implemented a flat rate tax for electric and hybrid cars, Richter said.

“Starting in 2015, the state has adjusted how it writes its authorization for new transportation debt,” Richter said. “Historically, it had been backed by fuel taxes and the general fund, but when Connecting Washington was implemented in 2015, and funding was authorized for the 167-405 highway projects, the security also included the pledge of vehicle fees, which are a wide basket of vehicle license fees for operating a vehicle.”