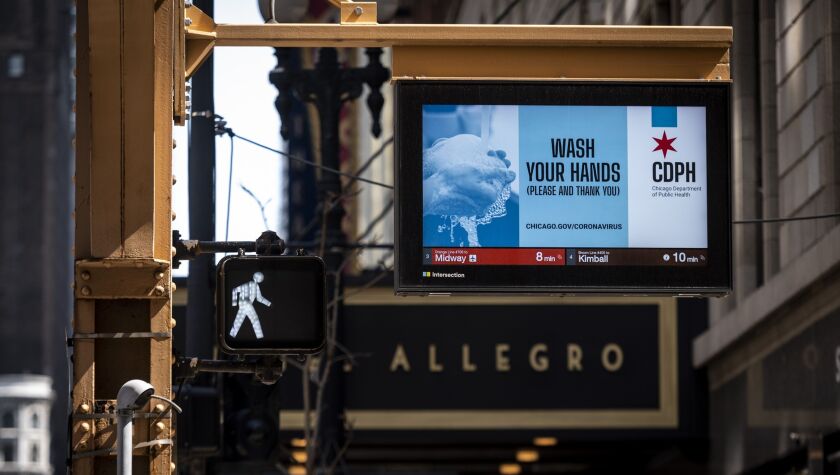 While shifting the outlook to negative from stable, Moody’s affirmed the Ba1 rating it assigns to $3.7 billion of GOs. It cut the city to speculative grade in 2015. The city has not asked Moody’s to rate any new GO or revenue deals in recent years.

Moody’s said it took the action with the “expectation that the sudden and substantial decline in certain economically sensitive revenue will intensify the city’s challenge to reduce the persistent structural gap between revenue and expenses.

“Any negative variances arising from the uncertain operating environment could intensify and
prolong the challenge. The city’s high and growing leverage from debt and pensions will also continue to weigh on its credit profile,” Moody’s wrote.

The negative outlooks on the revenue credits are due to their linkage to the GO rating.

Moody’s action comes one week after Mayor Lori Lightfoot laid out her proposed 2021 budget plan that relies on a mix of structural and one-time fixes to fully close the current $800 million gap and a $1.2 billion hole in 2021. The plan relies on pushing off $950 million of debt repayment over two years, some tax hikes, job cuts, and a modest $30 million draw on $900 million of reserves.

The revision also comes one day after Fitch affirmed the city’s BBB-minus rating but also shifted its outlook to negative. S&P Global Ratings moved its outlook on the BBB-plus rated GO rating to negative in April. Kroll Bond Rating Agency rates the city A with a stable outlook.

The Lightfoot administration, which has received push back from aldermen who would rather use reserves than cut spending or raise taxes, believes the affirmations are a good sign that the city’s ratings will weather the pandemic storm and it’s an argument they are likely to take to council members seeking to use reserves.

“The city’s 2021 budget strikes the right balance in addressing the significant financial challenges created by COVID. Their affirmation of the rating indicates that the credit worthiness of the city has been maintained in the budget proposal,” finance department spokeswoman Kristen Cabanban said in an email after the Moody’s action.

Moody’s report makes clear that the city isn’t out of the woods as the pandemic’s course could further erode the balance sheet. Moody’s warned that a widening of the structural gap that increases the likelihood that reserves will decline or debt will increase and heightened risk of pension systems transitioning to pay-as-you-go funding structures or material growth in unfunded pension burdens could drive a GO downgrade.

“Chicago’s situation is unique because the city’s extremely high fixed costs constrict its flexibility. The city’s growing leverage from debt and very high unfunded pension liabilities will continue weighing on its credit profile,” Moody’s said, adding that the GO rating “balances the city’s still healthy liquidity with an expectation that rising fixed costs, largely stemming from the need to address underfunded pensions, will present persistent budgetary challenges for years to come.”