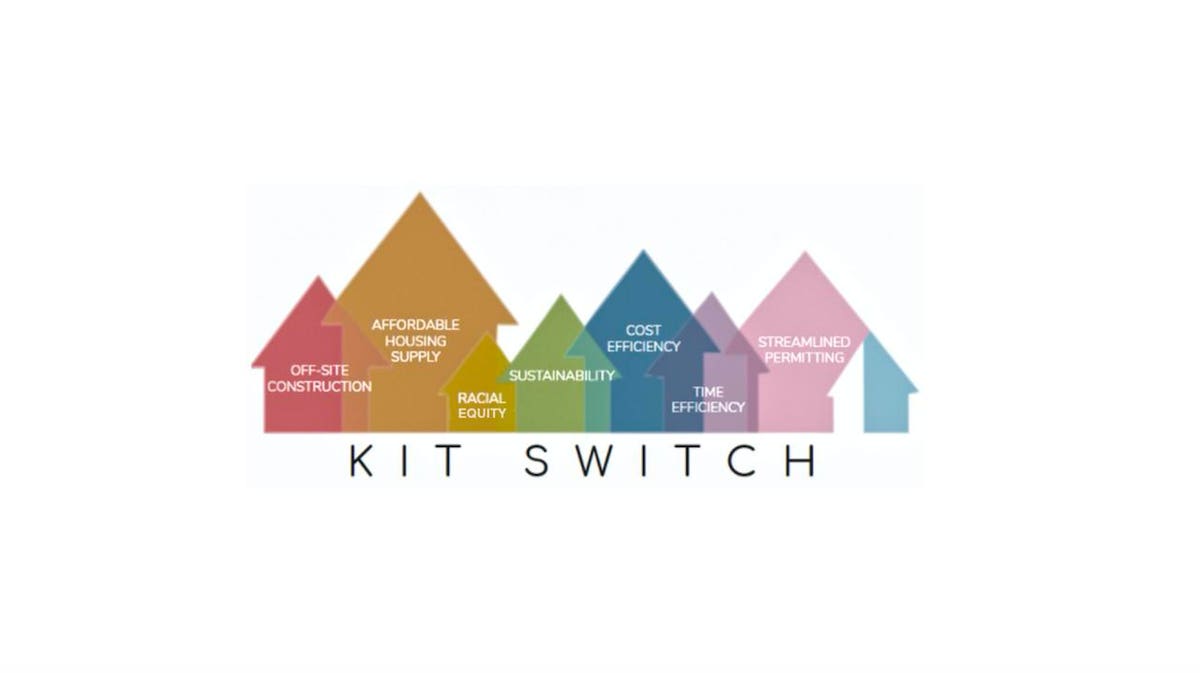 One out of two college students knows “housing insecurity” by heart, first-hand. As many as 68,000 claim to be homeless. That data came before the novel coronavirus struck, heat-seeking America’s and the world’s most vulnerable. So when sustainable urbanism grad student Armelle Coutant and three of her Stanford University colleagues set out on a sleep-deprived mission, their adrenaline-fed urgency was far from academic. Early one Friday morning at the beginning of October, they powered all day long, feverishly through Saturday’s dawn. The goal: To subvert an unwritten law housing professionals take as a given. This construct determines that new residential construction projects exist effectively in a bubble. Outside its stark bounds sprawls an abyss, teeming with people whose access to decent, healthy, safe shelter they can afford is pure fantasy.

Coutant collaborator, Anusha Krishnamurthy, whose studies at Stanford focus on sustainable architecture, calls out an illogical disconnect separating design, engineering, and construction’s most advanced players from housing’s most grievous need in a real-world example:

“While traditional architects and general contractors are skilled in adaptive reuse projects, and while many companies perform offsite manufacturing and industrialized construction, none in the U.S. currently offer both value propositions,” Krishnamurthy notes.

Meaning, the economics of affordable housing depends on government, while the economics of advanced construction science and process operates in a separate sphere, worlds apart. Gen Zers, the oldest of whom are 24, are beelining straight into the throes of the dilemma.

Even now, as the Covid-19 pandemic’s molten lava of misery stretches the expanse of a more vulnerable universe. Sharply discrete parallel realities tell a tale of two housing markets. Market-rate single-family homes can’t get built fast enough to meet today’s buyer demand, while new housing stock for a much larger population of people can barely get built at all.

Say the word, “affordable” in housing, and you’re in separate conversations among insiders. One applies the term affordability to payment power—an arithmetic relationship between an area’s prevailing household income levels and the median prices of homes—to own or rent. In this reality, new home builders are doing backflips as they stoke construction operations to try to keep pace with surging demand that experts estimate to be a market of 7 million would-be buyers.

Fired up, student entrepreneurs competed in a round-the-clock scrum—equal parts Silicon Valley tech development hackathon and Shark Tank elevator pitches in a widely dispersed virtual platform format—as part of the third annual Hack-A-House competition, hosted by Salt Lake City-based Ivory Innovations, a division of the University of Utah’s David Eccles School of Business. A total of $10,000 was awarded, with winners in three categories taking home $3,000 each and $1,000 for the “People’s Choice” award.

Stanford’s Countant, Krishnamurthy, and some 170 fellow Gen Z graduate and undergraduate cohorts in architecture, engineering, business, economics, political science, and urban planning at upwards of 20 universities around the nation believe such rules—no matter how long they’ve been around and how entrenched they may be—are patently absurd. In fact, they’d rather break the rules and beg forgiveness after they’ve solved for some of the chronic challenge, rather than wait for permission to try fresher, bolder approaches to them.

“We needed to find a way to hear from people whose lives are directly impacted by our housing affordability crisis, and possibly learn from them to see this through their eyes, differently than we’d ever thought of,” said Clark Ivory, CEO of Utah’s No. 1-ranked home builder, Salt Lake City-based Ivory Homes, and a co-founder of Ivory Innovations. “Some of these ideas from these students may strike us at first as not feasible, but then, you think, ‘maybe.’ And, for them, you know it’s not just an academic exercise. They’re living this.”

Up-and-coming adults must either be unaware of or unfazed by the odds stacked against them when it comes to releasing the chokehold of more than half a century of market-rate new-home development principles. Further, although they may not know what they don’t know, they’d sooner ask for forgiveness for hacking a new solve later than to try to secure permission before they have a shot at bringing fresh eyes, big bold ideas, and 100% disregard for what others that have come before them say they’ve tried or not.

“We designed Hack-A-House to engage, encourage and inspire the next generation of entrepreneurs, community builders and decision-makers in identifying new and innovative solutions that make housing more affordable and attainable,” said Abby Ivory, director of Ivory Innovations an applied institute at the David Eccles School of Business at the University of Utah. “The connection between housing, the pandemic and associated economic challenges made this already vexing issue that much more real to many participants. Our winners were able to demonstrate additive solutions for all three of these extremely difficult issues.”

Student contestants—precisely the talented, fearless, purpose-fueled people experienced builders, developers, planners, architects, and engineers would describe as the “next generation” of housing’s leaders they want to attract into the field—got 24 hours to identify solutions that would make housing accessible for a family earning a given geographical market’s area median income. Each team was asked to define an area, a problem, and a solution to make housing more accessible.

“Accessible,” in the realm of the contest, would mean a household would pay no more than 30% of income towards housing. Solutions were categorized into one of three categories: construction and design, finance, or public policy and regulatory reform. All in, 51 teams competed, and they generated 39 final submissions to be critiqued and scored by industry experts in the respective categories. Coutant, Krishnamurthy, and their two Stanford teammates, Samantha Liu, who’s in advanced studies in transportation and energy, and energy-efficient systems engineering student Candice Delamarre, scored highest among Ivory Innovation’s hand-picked panel of expert judges for their category, construction and design:

Additionally, an inaugural “People’s Choice Award,”—won by a team out of the University of Utah—allowed participants and members of public to vote for their favorite solution to housing affordability. The Edge, which won the contest’s popular vote, proposes a financial services company whose primary product, an impact credit card with favorable terms, would be distributed to low wage employees as an employee benefit to improve financial literacy and savings. The company monetizes this relationship via partner employers and financial institutions.

“I participated in Hack-A-House because California’s housing crisis is one of the preeminent issues facing my generation, and I want to be at the forefront of addressing it,” said Joey Weinstein-Carnes, an MBA student at The Haas School of Business. “There’s no silver bullet to housing affordability. My team explored a financial solution, but our idea relied on innovations in both policy (easing restrictive zoning) and construction (modular housing). In short, if we really want to fix this problem, it will require collective, coordinated effort from people across disciplines.”

Abby Ivory noted that while participation from the six partner schools was the plan for the competition, it spread—a network effect—to other universities via students’ social networks and connections. “We found, particularly at this time of pandemic disruption, dislocation and isolation among college and graduate student, a virtually networked hackathon gave many people a lift and a fresh sense of mission when they needed it,” she says.

Long considered ripe for disruption, housing’s disrupters may not—as many think—come from a Silicon Valley giant after all. It may actually come from 22 or 23-year-olds who are about to burst out of virtual limbo into a real world that needs their trailblazing, their defiance, and their belief that housing, after all, is housing.