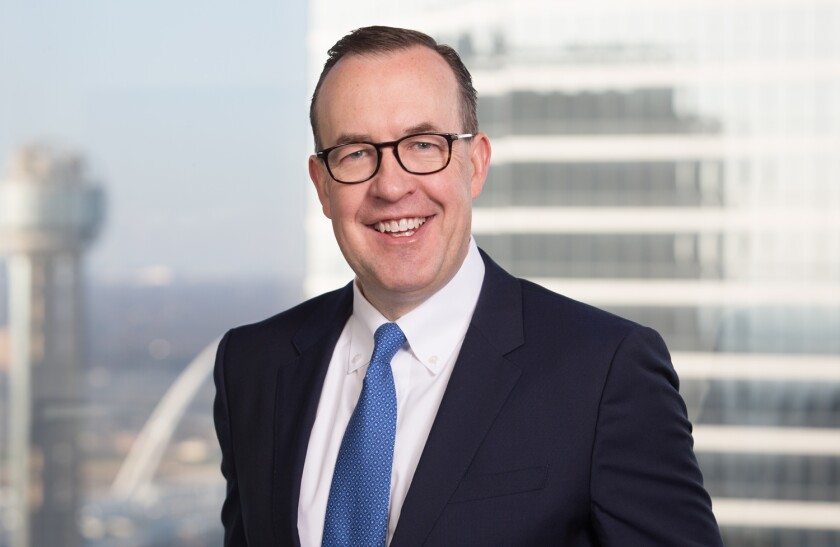 Todd Bleakney joins the firm as senior managing director. He will also be co-head of debt capital markets working with Michael Bartolotta.

“As we continue to build the nation’s leading municipal investment bank, we are extremely proud to welcome Todd, Vinh, Josh, Scott and Brian,” Hilltop President Brad Winges said in a statement. “Their addition not only expands HilltopSecurities’ sales, trading, and debt capital markets banking capabilities, it further enhances our growing presence in Charlotte.”

Bleakney, a 26-year veteran, worked at Wells Fargo for 11 years and most recently was managing director and head of municipal sales, trading, and underwriting. He has also worked at Banc of America Securities, CRG Hedge Fund, and Salomon Smith Barney. He received a bachelor’s degree from the University of Oregon.

Josh Phillips is a managing director and the head of municipal trading. He worked at Wells Fargo for more than 17 years, most recently as managing director. He received a bachelor’s degree from Hampden-Sydney College in Virginia.

Wooster, a 27-year veteran, most recently worked at Wells Fargo as a managing director. He previously worked at Banc of America Securities, Wachovia Securities and SunTrust. He received a bachelor’s degree from Clemson University.

Brown spent 21 years at Wells Fargo where he most recently was director of municipal sales and trading. He received a bachelor’s degree from the University of North Carolina at Chapel Hill.

Winges said the company is in a growth mode and hiring from all types of firms in the industry in all 50 states.

“The goal is to continue to be an industry leader in municipal finance, mortgage finance, clearing and wealth management, and therefore the recruits we speak to vary in terms of tenure, talents, and location,” he said in a statement to The Bond Buyer. “We remain committed to building a diversified team to be an effective solution provider for all of our clients.”

The firm was ranked third among financial advisors nationally for the nine months of the year, according to Refinitiv data. It also ranked 10th as senior manager on small bond issues.

San Francisco-based Wells Fargo, like other large investment banks, announced recently that it planned to lay off about 700 workers as part of a cost-cutting move.

Biden likely to favor PABs to finance infrastructure wish list
It’s official: Yellen is Biden’s pick for Treasury
The bar is raised for news that can lift the market as the crowd now believes next year will be good
Stocks making the biggest moves midday: Moderna, IHS Markit, Nikola, Carnival & more
Short-Term Negative Scenario For RSX