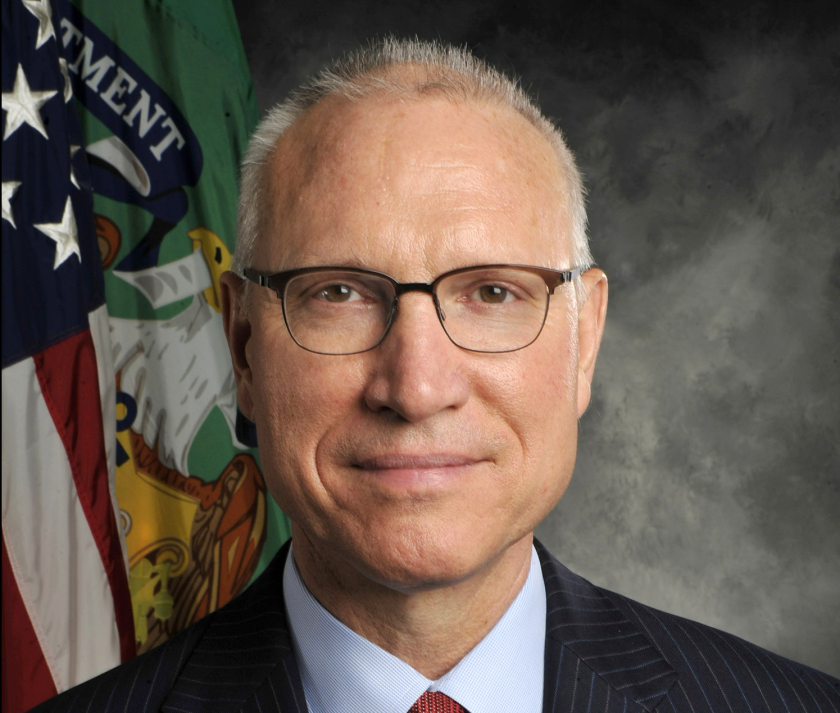 Municipal market conditions at the end of this calendar year will determine whether the Federal Reserve and Treasury decide to continue to operate the Fed’s Municipal Liquidity Facility beyond Dec. 31.

That was the message delivered by Kent Hiteshew, deputy associate director of the Fed’s Division of Financial Stability, on Tuesday during a conference sponsored by the Government Finance Officers Association.

Hiteshew’s comment came in response to a letter sent last week to Secretary Treasury Steven Mnuchin, Federal Reserve Chair Jerome Powell, and Congress, by issuer groups that pleaded for extending the MLF past its expiration date of Dec. 31 because the recession effects caused by the pandemic will have a lagging effect long into 2021.

“An extension of the MLF’s origination period into 2021 would very likely mean more access for issuers who need it most,” the groups said.

Hiteshew thanked the issuer groups for sending the letter, explaining, “We need that kind of feedback and look forward to it.”

Hiteshew also told the GFOA conference that an expansion of the MLF won’t happen unless the program is extended into 2021.

“There’s no apparent need to expand that facility today,” he said, noting that the Fed “certainly” has the capacity to expand it if it is needed. Hiteshew said there also are no imminent plans to eliminate premiums.

Hiteshew spoke via a GFOA webcast largely repeating the message he delivered during a congressional oversight hearing that the Fed considers the MLF a success in stabilizing the muni market.

The recent announcement that the Fed will need a 30-day advance notice for any future use of the MLF “was narrowly administrative in nature,” he said, and not indicative of the Fed’s future plans.

The Fed launched the MLF as part of the CARES Act, a coronavirus relief package that was enacted in March. The MLF began operating in May. The Fed has said the MLF pricing was meant to be used as a backstop for borrowers.

The MLF is open to counties with populations of 500,000 or more and cities of 250,000 or more. In June, the central bank allowed U.S. states to be able to have at least two cities or counties eligible to directly issue notes regardless of population. Governors of each state are also able to designate two issuers whose revenues are derived from activities such as public transit and tolls.

Relief to smaller, less frequent issuers is also needed, the issuer groups said in their letter last week, such as passing the Municipal Bond Support Act of 2019. That bill, introduced by Reps. Terri Sewell, D-Ala., and Tom Reed, D-N.Y. would increase to $30 million from the current $10 million the amount of tax-exempt bonds that individual local governments or nonprofits can issue and still qualify to sell debt to banks under favorable terms as bank-qualified.

The MLF allows short-term notes with a maturity no longer than 36-months. It needs to be lengthened, ideally up to 10 years, the groups said, to help state and local governments make long-term investments.

One of the major sticking points in the MLF for issuers is the pricing in the MLF.

Hiteshew cited Tuesday’s successful bond sale by the state of Illinois that the pricing problem is being resolved.

Another unresolved issue is whether Congress and the Trump administration will agree on additional direct federal aid to states and local governments beyond the $150 billion in the Coronavirus Relief Fund that was part of the CARES Act earlier this year.

Eighty-two percent of the 22 states, 55 counties, and 24 cities that responded to an August GFOA survey anticipated spending all of their CRF allocation before the Dec. 30 deadline. “Given the indefinite duration of the public health emergency, exhausting all federal assistance by the end of the year is concerning,” GFOA said.

The survey, which was sent to all 171 states, counties, and cities eligible for direct aid, found that 62% of the 104 respondents said their biggest challenge in spending the federal aid was the guidance and FAQs issued by the Treasury.

“Respondents consistently echoed the lack of flexibility on the use of CRF funds, specifically over not being able to spend funds on revenue replacement as their biggest obstacle,” the GFOA report said. “Respondents stated that the use of funds did not align with the needs of local governments in terms of how they budget.”

The survey found the CRF provided beneficial aid by allowing jurisdictions to address some of the hardest-hit sectors in their economies, such as healthcare, schools, and housing.

Harford County Executive Barry Glassman of Maryland said only five jurisdictions in his state directly received federal aid automatically and it was only after the state association of counties appealed directly to Gov. Larry Hogan that the other 19 counties received allocations in late May.

By then, neighboring Baltimore County already had used its federal funding to purchase laptops for students, said Glassman, adding that his county eventually received $44 million.

“We have seen the federal aid. It has helped us,” Glassman said during a Tuesday video webcast jointly sponsored by the Urban Institute and the National Association of Counties. Harford County recently did a grant program to aid local restaurants.