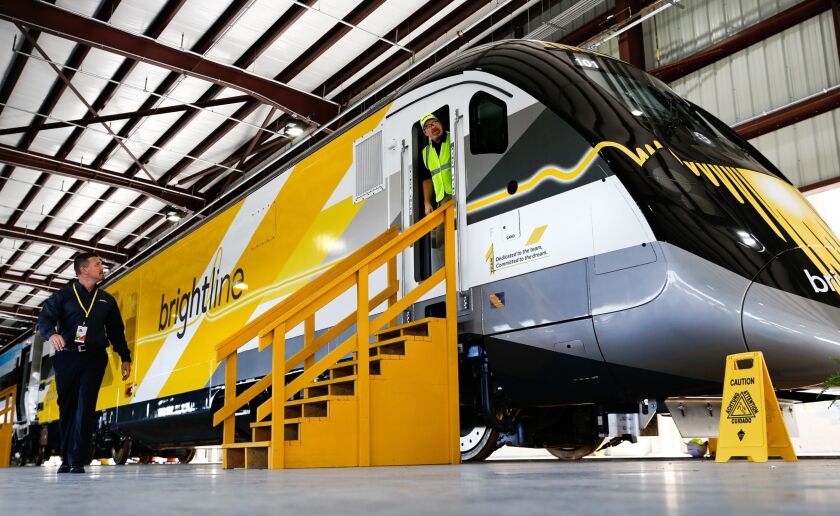 Fortress Investment Group delayed the pricing of $3.2 billion of municipal bonds to build a passenger railroad between southern California and Las Vegas, a sign that investors were hesitant to finance such a speculative project at a time of deep economic uncertainty.

The company boosted the equity contribution to the project by $500 million, among other changes, according to updated documents released Wednesday.

Lead underwriter Morgan Stanley had planned to price the deal Wednesday, according to a pricing wire viewed by Bloomberg. The offering has now been postponed with no new date set, according to people familiar with the matter who asked not to be identified because the discussions are private. The deal is listed as day-to-day.

The company has been holding investor calls since at least the last week of September, when offering documents were released. Investors were pitched last week on yields ranging from 7% to 7.5% depending on call date, with final maturity in 2050, for the largest offering of unrated municipal securities. Updated documents Wednesday estimated a 7.25% interest rate.

“If they can open that deal up to crossover buyers then it could get done, but if they can’t — I think they will struggle filling that order book,” said Jason Appleson, a portfolio manager at PT Asset Management in Chicago. “The muni market just isn’t big enough to support a deal like that.”

The increase in equity brings it to a total of $3 billion, representing 32% of the capital structure, up from the previous 28%, according to bond documents. Other changes include boosting a reserve account and reducing future indebtedness. The venture now plans to raise a total of $6.38 billion in debt, down from $6.5 billion, for the $8.4 billion project.

Brightline has until Dec. 1 to sell the bonds to meet a deadline from California officials, who had granted the company the ability to sell tax-exempt debt. In September, Brightline sold $1 billion in short-term securities to preserve its federal allocation of so-called private activity bonds that it will refinance next year, according to offering documents.

The deal is to consist of up to $2.4 billion issued through the conduit California Infrastructure and Economic Development Bank, and $800 million through the Nevada Department of Business and Industry, according to offering documents.

Brightline expects the line to ultimately extend to Los Angeles. For now, the bond issue will cover 169 miles connecting Las Vegas to a southern California desert town called Apple Valley, 90 miles away from downtown L.A. Trains will begin running in 2024, according to offering documents.