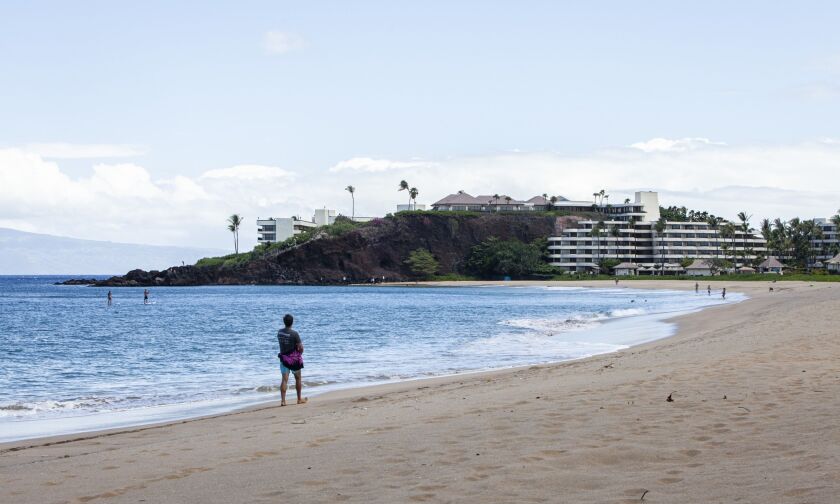 As Hawaii relaxes travel restrictions for the first time during the coronavirus pandemic, the state is preparing to price $1.04 billion in bonds Tuesday.

In a move that has been telegraphed for weeks, the state modified its quarantine requirement for out-of-state travelers as of Thursday to allow travelers a pre-travel COVID-19 testing option as an alternative to the mandatory 14-day quarantine.

“I want to remind all travelers that following safe practices — at home, while traveling and upon returning — is the only way to prevent the spread of COVID-19,” Gov. David Ige said during a Monday press conference. “Wear a mask, wash your hands frequently and watch your distance around other people, even if you’ve recently tested negative for COVID-19.”

PFM is municipal advisor and Orrick is bond counsel.

The state will conduct a live presentation for institutional investors Monday at 2 p.m. EST.

The state’s economy is heavily reliant on tourism, and an analysis from The Pew Charitable Trusts found that the state’s leisure and hospitality industry has lost 53% of its jobs since February.

“In fact, when estimated revenues for both years are compared to fiscal 2019, the cumulative decline in percentage terms is greater than any other nonenergy state,” Pew wrote.

In the first week of October, the number of passengers flying to Hawaii was still down more than 90% from a year ago.

Moody’s investors service downgraded Hawaii from Aa2 from Aa1 ahead of a $995 million taxable GO deal in August. It revised the state’s outlook to stable from negative at the lower rating.

The downgrade “reflects the impact of the coronavirus pandemic on the state and its important tourism industry,” Moody’s analysts wrote in July. “The state is experiencing a severe decline in the state’s tax revenues as a result of the rapid downturn in visitor arrivals, resulting in a multi-year fiscal imbalance and the need for significant spending adjustments.”

Fitch and S&P both revised their outlooks to negative in April, citing the economic impacts of the pandemic.

“The negative outlook reflects our view that the local economy’s significant exposure to the tourism industry could result in fiscal and economic pressures for Hawaii, stemming from the global COVID-19 pandemic and the subsequent recession,” S&P analysts wrote in the July 31 report.

The rating agencies had not updated the ratings ahead of the upcoming sale as of Wednesday.

Hawaii has the sixth-lowest per capita cases in the nation, with 12,937 confirmed cases of COVID-19 and 160 deaths, according to the state’s online “roadshow” presentation to investors.

In September, Hawaii faced an elevated case count with daily new cases reaching a high of 18 per 100,000 people on a seven-day moving average, but that number has declined to 7, which is below the national average of 13 cases per 100,000, according to the presentation.

The state says it currently has 256 contact tracers and is in the process of expanding its capacity.

Beginning Thursday, travelers to Hawaii who have had a test conducted within 72 hours of departure and can produce a negative test result may enter the state without having to quarantine.

The governor is coordinating with Hawaii’s four county mayors to ensure a coordinated and safe implementation of the pre-travel test program.

The proclamation allows counties to require a subsequent test after arrival into the state, which would be paid for and administered by the county.

It also extends the prohibition on evictions for non-payment of rent until Nov. 30.

“Our link with the islands — both the airport and the seaport — is hugely important to all of us here at the Port of Oakland,” Francis said.

“As the first airport certified by the Hawaii Department of Health as a trusted testing and travel partner, we will do all possible to ensure that we are prepared for those passengers in the Safe Travels testing program,” he said.

“Our guests have been eager to return to the Hawaiian Islands and we’re excited to be adding more ways to safely get them there,” said Sangita Woerner, Alaska’s senior vice president of marketing and guest experience.

Roberto Ruiz
Artificial Intelligence and Digital Twins
London’s Most Expensive Homes Are In Demand
Do You Have The Risk Tolerance Needed To Be A Successful Agent?
Strategies For New York Buyers And Sellers In COVID-Era Competitive Bidding