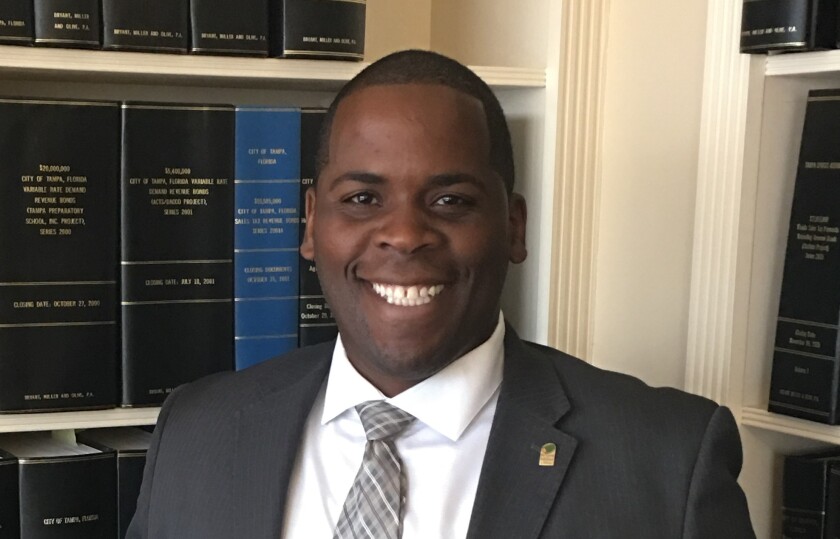 The National Association of Bond Lawyers has released a new paper on bond financing laws for charter schools that highlights how the enabling laws vary sometimes significantly by state.

Nationally, there are around 7,500 charter schools in 44 states in addition to the District of Columbia, according to the National Alliance for Public Charter Schools.

“I would characterize it as a guide to some big picture items you’d definitely want to keep an eye out for,” said Kareem Spratling, an attorney at Bryant Miller Olive P.A. in Tampa who serves as vice chairman of NABL’s General Law and Practice Committee.

The NABL paper is more of a guide to high level issues that need to be considered rather than a comprehensive checklist of this growing part of the public finance sector.

“It’s for those who perhaps have done other 501(c)3 deals and not done charter school deals,” Spratling said. “It’s a refresher for those people who can look at it and say, ‘I’d better look at this issue or that issue.’”

Charter schools have issued roughly $25 billion in bonds over the last decade compared to around $1 trillion issued by traditional school districts, according to an estimate by the National Alliance for Public Charter Schools.

The vast majority of the rated charter schools — about 1,200 — are rated by S&P Global, which has rated around 300 charter operators, some of which have a string of schools they run.

Leonard Jones, manager of the charter school group at Moody’s, said his agency’s rating methodology was issued in 2016.

S&P Global has been active in the charter school sector much longer.

“While charter schools are public schools and rely on public state funding, just like traditional school districts, charter schools do not receive funding for capital plans for building,” Wood said.

S&P has issued only around a dozen charter school ratings this year and another dozen last year compared to other recent years when the number was around 40.

S&P also rates about 40 independent private schools which are typically rated much higher than charters.

“Those are some of the very high profile well known private high schools around the country,” Wood said. “The big difference is that while the private schools don’t get any state funding at all, they depend on fundraising and the much higher cost of tuition.” They also tend to have much stronger reserves and balance sheets as well as significant endowments.

The National Alliance for Public Charter Schools says that charter schools are at a disadvantage in trying to finance their facilities even though they operate as tuition-free public schools.

“They do not receive comparable public funds to pay for their facilities and have to use operating funds to pay for capital improvements,” said Mark Medema, managing director of the Charter School Facility Center at the alliance.

One positive development is that several investment firms have emerged in recent years that either specialize in purchasing charter school bonds or have high yield bond departments that do. Among them: Tortoise Capital Advisors, Greenwich Investment Management, Hamlin Capital Management, ESJ Capital Partners and Equitable Facilities Fund.

Equitable Facilities Fund published a report in mid-2019 pointing to a $357.1 million offering sold by BB&T in December 2018 on behalf of International Leadership of Texas (ILT), a 33 school charter network with more than 18,000 students, as the largest single charter school debt offering to date.

On the downside, the NABL paper points out that some state charter school laws limit, restrict, or forbid charter schools from pledging their revenue stream to pay bondholders.

“There’s a lot of state law and even local diligence to get a deal done,” Spratling said.

However, a number of states have provided mechanisms for debt financing and the schools have used a number of different ways to raise capital, according to a white paper by the Council of Development Financing Authorities.

At the federal level, the Department of Education operates the Credit Enhancement for Charter School Facilities program. The program provides grants to eligible entities, typically nonprofit intermediary community lending entities like CDFIs to help them enhance the credit of charter schools to help gain access to capital.