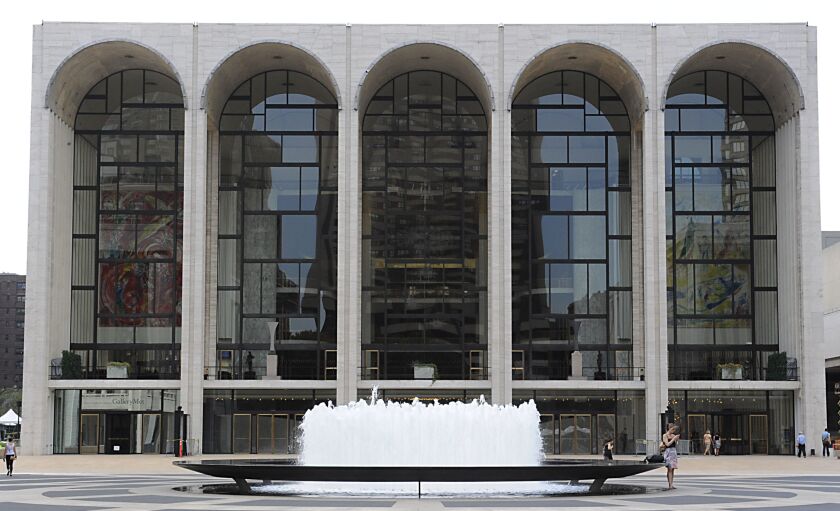 Furloughs and contract adjustments could allow the Metropolitan Opera Association to weather the COVID-19 pandemic without further credit rating hits despite cancelling its 2020-21 season, according to analysts.

The 137-year old Manhattan cultural organization became one of the first municipal issuers to incur a virus-related credit downgrade in late March when Moody’s Investors Service lowered the Met’s $89 million of outstanding Series 2012 taxable bonds two notches to junk-level Ba1 from Baa2 after performances were first shut down.

Moody’s analyst Dennis Gephardt said the Met’s late September announcement to not hold events again at Lincoln Center until fall 2021 heightens liquidity challenges that existed even before the pandemic. The organization has been able to offset some of its lost ticket revenues from payroll savings, he said, noting that in 2019 compensation and benefits comprised 78% of program expenses. Many of the Met’s labor contracts include force majeure clauses that free it from obligations during an unforeseen emergency event like COVID-19, Gephardt said.

“They have been consuming a lot less labor,” he noted. “The presence of those force majeure clauses gave them material expense flexibility so that has been very helpful in this period of closure.”

S&P Global Ratings rates the Met five notches higher at A with a negative outlook. S&P declined to comment on the Met’s current credit health until after a scheduled mid-October meeting with the organization’s financial team.

Howard Cure, director of municipal bond credit research at Evercore Wealth Management, said contract renegotiations with the unions that represent the bulk of roughly 1,000 full-time employees who have been furloughed since April will be crucial to help weather the storm with no performances for another year. Other cultural institutions, he said, have managed to execute large-scale cuts through negotiations, including the Boston Symphony Orchestra and its performers agreeing to a three-year contract reducing average pay by 37% in the first year with a provision to raise compensation as revenues return.

“The Met will want to get as many concessions as possible, labor wants to maintain jobs and then the question is how many years do you want this contract to be in place,” Cure said. “The hope is they work collectively on this and then the next question is are there any sort of work rules that increase the cost of operations under normal times and is there an opportunity to renegotiate any of that in exchange for more job security.”

The Met spearheaded an aggressive drive at start the pandemic in an effort to raise $60 million to help combat expected cash flow losses resulting from its shortened 2019-20 season. The organization exceeded this goal, raising more than $70 million, which helped it achieve a balanced budget at the close of the 2020 fiscal year on July 31, according to Met spokeswoman Lee Abrahamian.

“We were successful in our fundraising efforts, spearheaded by the Met’s digital initiatives of free encore opera streams in the aftermath of the closure,” she said in a statement. “As a result of these initiatives, the Met has gained 30,000 new donors and more than doubled the subscription base to Met Opera on Demand, the Met’s proprietary pay streaming service of its library of electronic content, to 33,000 subscribers.”

Gephardt said the Met’s ability to maintain donor support and expand digital offerings will also play an important role in stabilizing its credit health. Delaying the renewal of opera performances until there is sufficient medical progress with COVID-19 to enable larger crowds is a better route than trying to limit capacity, he said.

“Remaining quiet if there is expense flexibility is financially a better option than producing performances for something like a 25% crowd,” Gephardt said. “Being quiet for an extended period and building enthusiasm through digital content, through program development for that future grand reopening is from an operating performance perspective favorable to some midstream strategy.”