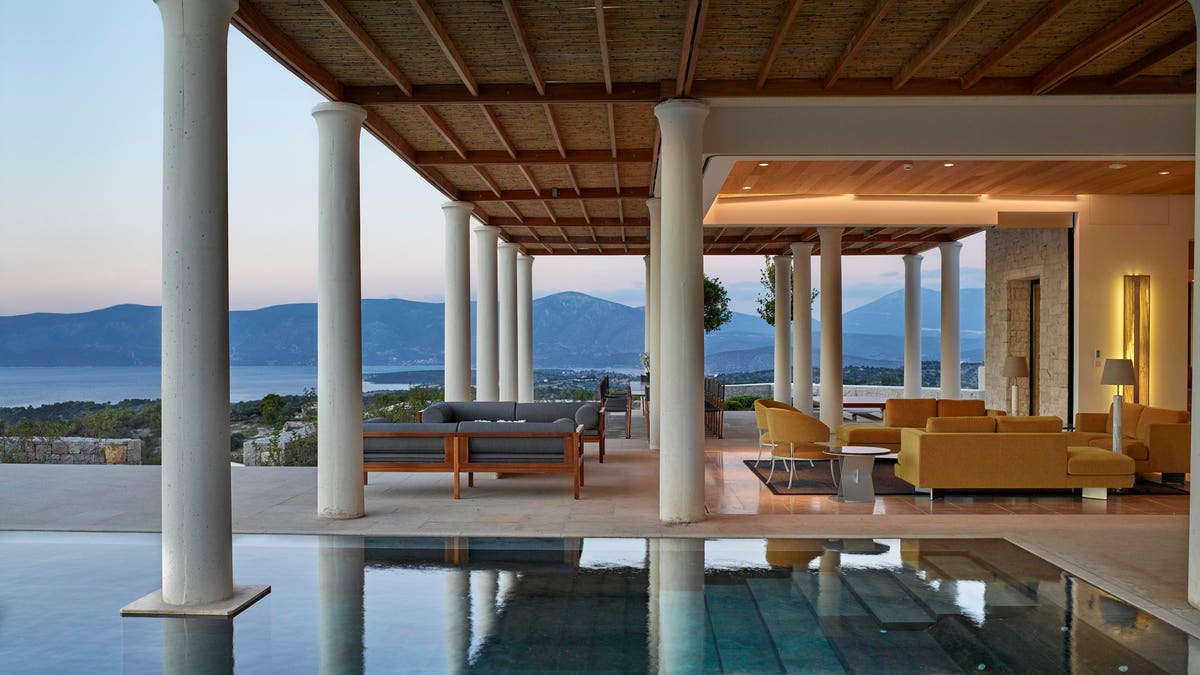 Growing in popularity, hotel-branded residences can offer investment potential for buyers and added value to the surrounding community.

Checking out of a five-star hotel is never easy: it’s hard to say goodbye to the swish amenities; pristine suites; and your-wish-is-my-demand service. However, with more and more luxury hotels now offering private residences, some guests never have to go through the dreaded check-out process again and instead, can call the hotel—and all of its lavish trappings—their home.

What Is A Hotel-Branded Residence:

Largely situated in a private section of a hotel’s grounds, hotel-branded residences are serviced properties that allow owners to live in the hotel with access to the same amenities as guests. Moreover, when owners aren’t using their new hotel home, they’re able to rent out their residence through the hotel to offset their ownership cost.

Hotel-branded residences aren’t a new thing, but in the last few decades, the trend has taken off with hotels brands like Aman, One&Only, Four Seasons, Mandarin Oriental and Ritz Carlton coming aboard. It’s estimated that there around 400 branded residences worldwide, with not only hotels but other big-name luxury brands entering the mix like Versace, Fendi and Porsche.

“Branded residences offer hassle free living, and in today’s busy world, this is a big plus,” says Miltos Kambourides, the Founder and Managing Partner of Dolphin Capital Partners, the leading global residential resort investors and developers responsible for products like Greece’s Amanzoe and upcoming One&Only Kéa Island. “This comes with the possibility to enter your residence into the rental pool when you are not using it, thus covering your maintenance/service expenses, plus earning a return through rental income. The resort takes care of your house, of the maintenance, the staff and basically runs it like a hotel…In these times, resort villas offer a safe product both in terms of investment and health. As such, we have seen a significant increase in demand this year.”

The appeal of hotel-branded residences doesn’t just come down to the financial stability and factors of convenience, however. Savvas Savvaidis, President and CEO of Greece Sotheby’s International Realty, whose offering includes the branded residences at Amanzoe, emphasis the aspirational and exclusivity aspects, which also come into play when you’re dealing with a cult-brand like Aman: “The lifestyle component of hotel-branded residences is key to buyers’ decisions.” Buyers frequently put a premium on “the status associated with a premium branded address,” along with things like potential for investment returns and the assurance of quality that comes from buying into a lauded luxury hotel like Aman. “They trust the brand…[they are] are true and loyal followers of Aman hotels worldwide,” says Savvaidis.

How Hotel-Branded Residences Are Change Tourism:

Aman was one of the trailblazers in the arena of hotel-branded residences when it introduced the product in Amanpuri, the brand’s first resort in Phuket, Thailand. More recently, Aman has been working with Dolphin Capital with the ongoing assemblage of villas at Amanzoe, which thrusted Greece’s exclusive Porto Heli area into the international spotlight.

“Porto Heli is one of the most famous and luxurious holiday destinations in Greece attracting UHNWI each summer,” says Savvaidis of Greece Sotheby’s International Realty. “The region is renowned for numerous famous, affluent Greek families…Royal families, elite athletes, actors, shipping tycoons and entrepreneurs are few of [the kinds of people] owning immaculate properties in the region.”

Amanzoe was the first development of its kind in Greece and the branded residences proved to be an attractive concept. “When it launched in 2012, Amanzoe was an entirely new offering for the Greek property market, it was the first ultra-high-end collection of branded residences, as well as the first Aman resort in Europe to offer branded villas to purchase,” says Kambourides of Dolphin Capital Partners. “Although there was a lot of skepticism when we were first developing the site, we got rave reviews in both international and local press, which all declared the project an unprecedented success. After three years of operation, Amanzoe was named the best resort in Europe, demonstrating that there was demand there for a new product that combined the most high-end hotel brand in the world, known for understated elegance, with branded bespoke residences.”

The hotel-branded residence concept could end up indelibly changing Greece’s tourism structure for the better with added global appeal and both foreign and domestic investment: “Amanzoe has helped reposition Greece in the luxury homes market internationally, attracting wealthy clientele to the region year on year,” says Kambourides. “[It] marked the beginning of a new era in Greece for the tourism and real estate industry, and openings like the Four Seasons Athens last year and our partnership with One&Only on the island of Kea just demonstrates the appeal and the confidence in the market.”

Savvaidis has also observed the shift: “There has been an increase of interest for Amanzoe Residences in Porto Heli lately, along with interest in investing in Greece in general by foreign investors,” he says. “[The] local community has embraced this venture [and] investment, as the area has been upgraded and gained worldwide fame and recognition.”

NOTE: Interviews have been condensed for clarity and brevity