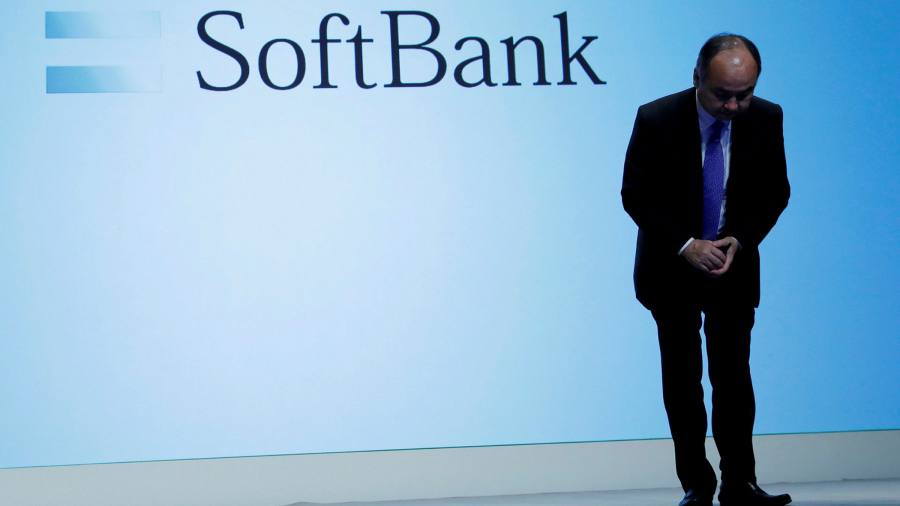 SoftBank is the “Nasdaq whale” that has bought billions of dollars’ worth of US equity derivatives in a move that stoked the fevered rally in big tech stocks before a sharp pullback on Thursday, according to people familiar with the matter.

The Japanese conglomerate has been snapping up options in tech stocks during the past month in huge amounts, contributing to the largest trading volumes in contracts linked to individual companies in at least 10 years, these people said. One banker described it as a “dangerous” bet.

The aggressive move into the options market marks a new chapter for the investment powerhouse, which in recent years has made huge bets on privately held technology start-ups through its $100bn Vision Fund. After the coronavirus market tumult hit those bets hard, the company established an asset management unit for public investments using capital contributed by its founder Masayoshi Son.

Now it has also made a splash in trading derivatives linked to some of those new investments, which has shocked market veterans. “These are some of the biggest trades I’ve seen in 20 years of doing this,” said one derivatives-focused US hedge fund manager. “The flow is huge.”

The surge in purchases of call options — derivatives that give the user the right to buy a stock at a pre-agreed price — has been the talk of Wall Street in recent weeks, as the sheer size of the trades appears to have exacerbated a “melt-up” in many big technology stocks over the summer. Shares in Tesla soared 26 per cent in under a week to September 1, while Amazon and Google parent Alphabet gained about 9 per cent.

One person familiar with SoftBank’s trades said it was “gobbling up” options on a scale that was even making some people within the organisation nervous. “People are caught with their pants down, massively short. This can continue. The whale is still hungry.”

The options boom means that the US stock market remains vulnerable to further bursts of volatility, according to Charlie McElligott, a strategist at Nomura. “The street is still very much in a dangerous space, and that flow is still out there,” he said in a note on Friday, adding that this leaves the market open to swings higher or lower.

The overall nominal value of calls traded on individual US stocks has averaged $335bn a day over the past two weeks, according to Goldman Sachs. That is more than triple the rolling average in 2017 to 2019. The retail trading boom has played a big part of the frenzy, but investors say the size of many recent option purchases are far too big to be retail-driven.

Unusually, single-stock call trading volumes have surged beyond the average daily volumes of calls on the broader US stock market, and are almost as high as the level of trading in index puts — which give the buyer the right to sell at a pre-set price and act as a popular form of insurance against stocks falling.

The size and aggressiveness of the mysterious call buyer, coupled with the summer trading lull, has been a major factor in not only the buoyant performance of many big tech names, but the broader US stock market, according to Mr McElligott. This week he warned that dynamics around options meant the heavy purchases forced banks on the other side of the trades to hedge themselves by buying stocks, in a “classic ‘tail wags the dog’ feedback loop”.

This also helped explain the unusual sight of the US stock market climbing in tandem with the Vix index — often referred to as Wall Street’s “fear gauge” — and meant that equities were fragile and vulnerable to the kind of sudden setback that erupted on Thursday. “The equity volatility complex is acting ‘broken’ and indicative that ‘something’s gotta give’,” Mr McElligott warned in a note shortly before the Nasdaq fell 5 per cent.

One banker familiar with the latest options trading activity said Thursday’s market pullback would have been painful for SoftBank, but he expected the buying to resume. A larger and longer-lasting stock-market decline would be more damaging for this strategy, and would probably involve rapid declines, he added.

The options buying comes alongside $10bn in public investments SoftBank is targeting through its new asset management arm.

According to a filing to the Securities and Exchange Commission last month, SoftBank has bought stakes of nearly $2bn in Amazon, Alphabet, Microsoft and Tesla — investments that are partially funded by cash from its $41bn asset sale programme that was triggered by a collapse in its share price during the Covid-19 market turmoil.