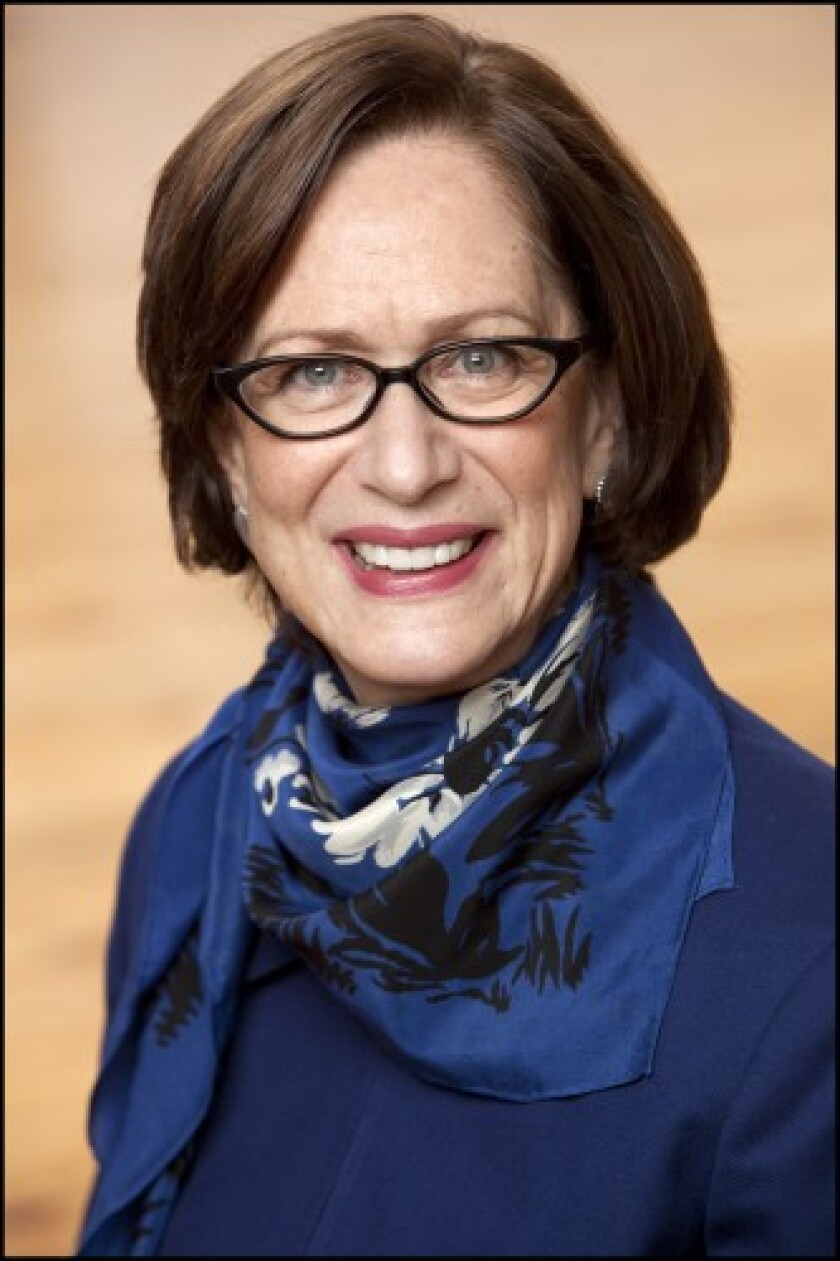 Convention center operators in Chicago and Columbus, Ohio are readying restructuring deals to help them weather the COVID-19 pandemic that’s dried up their business activities and blown holes in tax revenues.

Morgan Stanley and Loop Capital Markets LLC are co-senior managers on the deal that MPEA said could come as soon as this week. The deal will ease near-term debt-service demands, giving the agency some breathing room to avoid triggering a state sales tax backup pledge should authority tax revenues that repay the debt falter.

“It is a good time to do restructurings” particularly in the case of borrowers such as convention centers and arenas that involve close contact and face a long recovery as “market technicals (supply and demand) are strong and taxable refunding of tax exempt continues to be attractive, offering more flexibility,” said Natalie Cohen, president and founder of National Municipal Research Inc. and publisher of The Public Purse.

On the expansion side, Cohen said the risks are more pronounced for borrowers and buyers. “They do create construction jobs, but it’s not at all clear what the shape and size of conventions are likely to look like post-pandemic,” Cohen said. St. Louis, Indianapolis, and Milwaukee convention centers all are planning expansions.

“These financings are mostly supported by hotel and food and beverage taxes, sometimes restricted to a particular district or area. Any borrower or investor should consider what the ability to cover debt coverage might look like under long-term reduced activity at hotels and restaurant. Seems like there might be other, less risky ways to give the economy and the population a boost,” Cohen said.

The Wisconsin Center District which owns Milwaukee’s convention center saw spreads to Treasuries of 269 basis points on a 2050 term bond and 299 basis point spreads on a 2047 term bond on its taxable $81 million refunding in June. One tranche carried the state’s moral obligation pledge and both were insured by Assured Guaranty Municipal Corp. They have more recently traded at 187 basis point to 197 basis point spreads. The bonds refinanced debt to ease near-term burdens and lay the groundwork for a future issue to finance a board-approved expansion.

MPEA
“The objectives of the issuance will be to refinance fiscal 2021 debt service to bring it in line with expected tax revenues and to provide liquidity for MPEA operations during fiscal 2021 and fiscal 2022,” chief financial officer Jason Bormann told the board at its meeting last week.

“While credit spreads for the authority’s bonds are expected to be wider than they were in December 2019” when the agency last was in the market “the authority believes it should be able to borrow at an attractive borrowing cost,” Bormann said citing the market’s recovery since the March and early April turmoil.

The agency anticipates it will need more breathing room in the coming years through debt restructuring depending on the recovery of convention center business and tax revenues that depends on the course of COVID-19, treatments, and a vaccine, and consumer sentiments on large gatherings.

The agency’s food and beverage, car rental, and hotel taxes for the new fiscal year through August for the first two months of the fiscal based on preliminary estimates by 80.9%. The agency’s food and beverage and hotel taxes lag by three months while its airport departure fee lags by one month. Tax collections for fiscal 2020 ending June 30 landed at $154.4 million compared to a budgeted amount of $167 million. As of Aug. 19, 149 events had been cancelled at the convention center and arena with additional lost business at its two hotels.

The agency’s campus that houses McCormick Place Convention Center — a 2.6-million-square-foot facility that is the largest convention center in North America — and the Wintrust Arena has been shuttered since March. One of two hotels remains open.

The bonds carry a BBB by S&P Global Ratings, with a negative outlook, a rating linked to the state’s BBB-minus rating and negative outlook because of the need for a state appropriation for debt service.

“Although we expect the MPEA bonds’ pledged revenue streams will be depressed for at least the next two fiscal years in the wake of COVID-19, we expect that debt service coverage, buoyed by the state sales tax pledge, will remain substantial,” S&P MPEA analyst Carol Spain said in affirming the rating.

Fitch Ratings rates the bonds at the junk level of BB-plus with a negative outlook due to the link to the state’s BBB-minus rating and negative outlook. The authority has about $2.8 billion of debt. Pledged state sales taxes have provided more than 18 times when also counting the state’s sales tax-backed bonds.

“Fitch considers this proposed restructuring of debt service a reasonable approach to managing the sharp revenue declines and consistent with the current rating on the bonds,” analysts said.

The MPEA board also approved the appointment of Bormann to the role of permanent CFO. The agency reviewed 30 finalists but Chief Executive Officer Larita Clark said Bormann “brings strengths and qualities that outweighed them all.” Boorman joined the agency in 2015 as a treasury manager and was later elevated to oversee treasury and capital. He began serving as acting CFO after then CFO Clark was named CEO. He previously held banking positions at BofA Securities and JPMorgan.

To date, $4.9 million has been drawn from the rental reserve fund. The authority has made a series of draws from various reserves due to pandemic wounds to its operations and tax revenues.

“The five years of lower debt service provides substantial runway for revenue to recover,” Moody’s Investors Service said. “With the new debt service schedule, the City of Columbus and Franklin County will not likely need to transfer funds for debt service.

The bonds are secured by rental payments from the city of Columbus and Cuyahoga County under a lease agreement and the authority’s pledge of hotel/motel taxes. Both carry top ratings from Moody’s Investors Service and S&P.

The convention center suspended operations in March with 59 events cancelled and 84 rescheduled and a 60% reduction in fiscal 2020 hotel and motel tax revenue.

With the city and county lease payments ultimately supporting the bond repayment, an investor presentation stresses the fiscal capacity of each to honor its obligation.

The county reported that sales tax collections — reported on a three-month lag and accounted for 64% of originally budgeted 2020 general fund revenues — fell 15.9% for June. The county will use its general fund balance to cover gaps for 2020 and 2021 and does not expect a “materially negative impact on its ability to pay debt service obligations or lessee’s rent.”

City Auditor Megan Kilgore reduced 2020 official revenues estimates by $41.5 million and the city has cut expenses to make up the gap with addition cuts being identified should revenues further fall. The city also maintains the option of tapping a $105.5 million reserve.

“Although this represents a substantial debt restructuring, which is often a reflection of financial distress, our ratings on the bonds do not reflect the underlying creditworthiness of the authority itself,” S&P said. “The rating on the bonds is two notches below the GO ratings on Columbus and Franklin County to reflect annual appropriation risk as well as our view of the obligation’s weaker relationship to the city and county.”

The authority reports that it has sufficient reserves to fully cover 2020 and 2021 debt service on its 2010 bonds without city and county help and debt service interest on the authority’s 2019 lease appropriation bonds are capitalized through 2023 with principal not beginning until 2025. The authority plans to use hotel revenue to repay the bonds although they carry the city and county lease pledge.

The authority also has $152 million of hotel project revenue bonds from a 2019 issue for the hotel project. They are secured by hotel revenues and debt service is capitalized until December 2022 with principal not due until 2025. S&P earlier this year put the BBB-minus rating on CreditWatch over concerns that construction would be impacted by the pandemic and the hotel’s prospects. On Aug. 7, S&P took the rating off CreditWatch, affirmed, and assigned a negative outlook saying a clearer credit picture won’t be known for some time.

The authority operates the Greater Columbus Convention Center, the Hilton Columbus Downtown hotel, and Nationwide Arena. The hotel under construciton and expected to open in mid-2022 is also a Hilton.