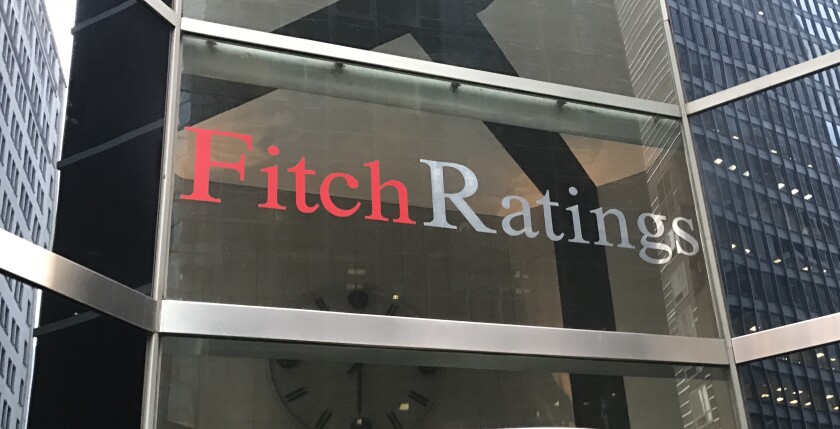 The rating agency affirmed its AAA rating on the United States’ long-term foreign-currency and local-currency issuer default ratings while dropping the outlook from stable.

Fitch said the lower outlook reflects the ongoing deterioration in the U.S. public finances and the absence of a credible fiscal consolidation plan, issues that were highlighted in the agency’s last rating review on March 26, 2020.

“High fiscal deficits and debt were already on a rising medium-term path even before the onset of the huge economic shock precipitated by the coronavirus,” the report said. “They have started to erode the traditional credit strengths of the US. Financing flexibility, assisted by Federal Reserve intervention to restore liquidity to financial markets, does not entirely dispel risks to medium-term debt sustainability, and there is a growing risk that U.S. policymakers will not consolidate public finances sufficiently to stabilize public debt after the pandemic shock has passed. Although a massive policy response has prevented a deeper downturn — such that Fitch expects a less severe contraction in the U.S. in 2020 than in many other advanced economies — the agency has revised down our macroeconomic projections since March and downside risks persist.”

Fitch, in its report, noted the U.S. had the highest government debt of any AAA-rated sovereign heading into the crisis, and Fitch expects general government debt to exceed 130% of GDP by 2021.

“The U.S. sovereign rating is supported by structural strengths that include the size of the economy, high per-capita income and a dynamic business environment,” the agency said. “The U.S. benefits from issuing the U.S. dollar, the world’s preeminent reserve currency, and from the associated extraordinary financing flexibility, which has been highlighted once again by developments since March 2020. Fitch considers U.S. debt tolerance to be higher than that of other ‘AAA’ sovereigns.”

The last time a rating agency took action on the United States sovereign rating was in 2011, when S&P Global Ratings downgraded it to AA-plus and assigned a negative outlook. That’s where the S&P rating remains, though it revised its outlook to stable in 2013.
At that time, the world mostly shook it off and Treasuries rallied the day of, signaling that investors did not see the gold standard of the U.S. credit to be in jeopardy.

The current health crisis is different and the United States is accruing debt never been seen before and states and localities and businesses are seeking more federal aid than ever before.

“Perhaps this is a warning that the implications of decision making by government, both fiscally and in monetary policy, have implications on state and local governments, upon credit and perhaps the lens through which the rating agencies view issuers of all other debt are viewing the United States in the appropriate way,” a New York strategist said.

Fitch’s debt dynamics analysis indicates that debt/GDP could stabilize temporarily from 2023 if fiscal balances return to pre-pandemic levels, but only assuming that interest rates stay very low. Health and social security costs are still set to rise over the medium-term while federal revenue in fiscal 2019 was close to its long-term average as a share of GDP, the agency said.

“Having laid bare inequalities in the provision of healthcare and exacerbated widening wealth inequality (although government assistance to households focused substantial resources towards those on lower incomes), the crisis could also lead to pressure for higher public spending, greater state involvement in the economy, redistribution of incomes and moves to strengthen workers’ bargaining power,” the report said.

Meanwhile, the agency also pointed to “high fiscal deficits and debt were already on a rising medium-term path even before the onset of the huge economic shock precipitated by the coronavirus.

“They have started to erode the traditional credit strengths of the U.S.” the agency said.

Financing flexibility, assisted by Federal Reserve intervention to restore liquidity to financial markets, does not entirely dispel risks to medium-term debt sustainability, and there is a growing risk that U.S. policymakers will not consolidate public finances sufficiently to stabilize public debt after the pandemic shock has passed, the agency said.

“Shifting taxes and revenues could change how resources can be deployed,” a New York government official said. “Perhaps additionally, but lasting impacts, and policy implications, is a downgrade of the United States. Masks or no masks, the lasting fiscal policy of how the country has handled this crisis will be longer-lasting than many understand.”

The agency also noted the United States has an environmental social and governance (ESG) relevance score of five for both political stability and rights and for the rule of law, institutional and regulatory quality and control of corruption, as is the case for all sovereigns.

“These scores reflect the high weight that WBGI have in our proprietary sovereign rating model.

“The United States has a high WBGI, ranking at the 84th percentile, reflecting its long track record of stable and peaceful political transitions, well established rights for participation in the political process, strong institutional capacity, effective rule of law and a low level of corruption,” the report said.

“We really need to understand that in both the political and financial worlds that the decisions we are making on the response to this health crisis will affect the global economy more than a lot of individuals in the public finance space are grasping. How Washington reacts is going to have long-standing effects. How ratings agencies respond. How global investors respond,” the New York analyst said. “The market cannot ignore these key components.”