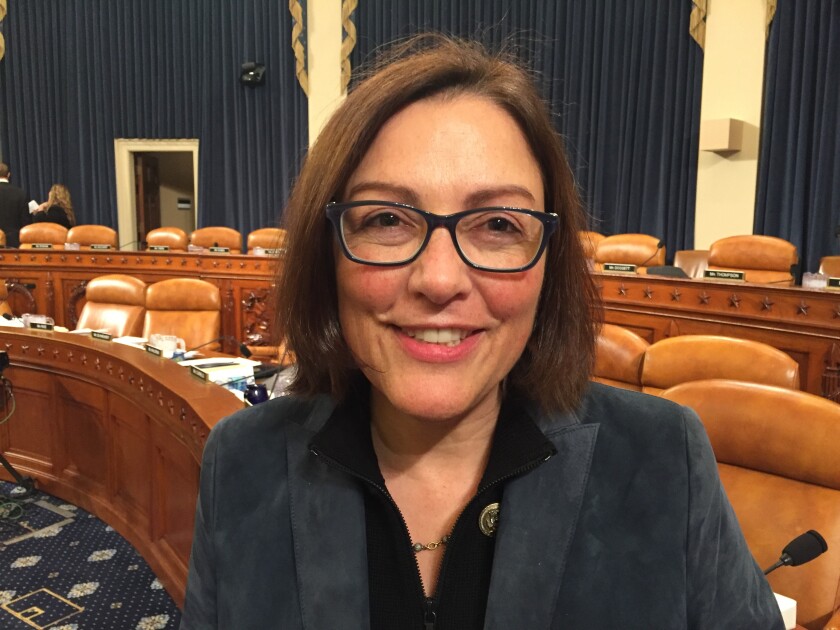 A bipartisan group of 103 House members wants congressional leaders to prioritize tax law changes to expand the availability of affordable housing in the next round of emergency COVID-19 legislation.

The letter, which includes signatures by 42 Republicans, requests an enhancement to the 4% Low-Income Tax Credit which is often packaged with multifamily private activity bonds for multifamily housing construction and rehabilitation.

The 4% tax credit as currently structured often ends up being 15% to 20% less than advertised because it is linked to federal borrowing formulas. The current effective rate is around 3.07%. The proposed enhancement would replace it with a standardized 4% rate.

About half of the multifamily housing units built nationally that use the federal 4% credit are financed with tax-exempt PABs.

The letter said that an enhanced 4% housing tax credit would provide parity to the 9% Housing Credit rate, for which Congress enacted a minimum rate as part of the response to the 2008 economic collapse.

Doing so would produce an estimated 126,000 additional rental homes over 10 years and support 157,000 jobs over the same period by ensuring developments can move forward.

The enhancement is part of the Affordable Housing Credit Improvement Act, a bill authored by Reps. Suzane DelBene, D-Wash., and Jackie Walorski, R-Ind., which has 223 cosponsors in the House including 76 Republicans.

The Senate has an identical companion version of the bill sponsored by Sen. Maria Cantwell, D-Wash., with 40 other cosponsors, including 11 Republicans led by Sen. Todd Young of Indiana as an original cosponsor.

The Friday letter also requests three other measures to increase the availability of affordable housing.

One would provide additional basis boosts that would supply needed equity for developments that would not be financially feasible due to the COVID-19 pandemic or other barriers.

“These additional boosts will be critical to helping at-risk developments move forward in difficult to serve rural areas as well as housing bond-financed properties that have felt the financing crisis acutely during the pandemic,” the letter said.

The second measure would allow developments to access 4% housing credits by lowering the so-called “50% test” to provide much-needed flexibility. In addition, a growing number of states have reached their limit of bond cap, the letter said, estimating that lowering the test to 25% would allow the development of up to 1.4 million more affordable homes over the next decade.

The third request is to increase the housing credit allocation by at least 50% over two years beginning in 2021.

“The lack of affordable housing has been an ongoing crisis in rural counties and major cities alike,” the letter said. “The coronavirus (COVID-19) pandemic has only made this crisis worse.”

Prior to the pandemic, 11 million households were paying more than half of their income for rent. “And we now have over 50 million people and counting who just lost their jobs – meaning our affordable housing needs are at an all-time high,” the letter said.

Enhancing the Low-Income Housing Credit would “ensure affordable housing production can continue despite the crisis, provide hundreds of thousands more affordable homes for the millions who need them, and create construction and associated jobs to build those homes.”