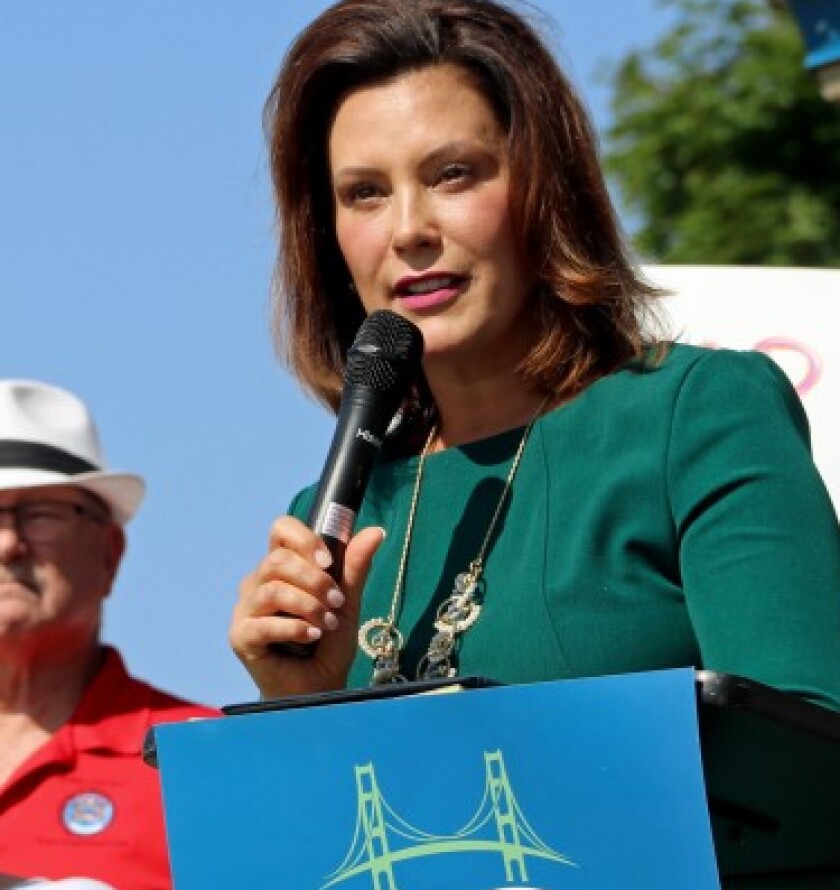 Michigan will cut local government and education funding, lay off employees and dip into reserves to plug a $2.2 billion COVID-19-driven hole in the current budget, under a plan announced by Gov. Gretchen Whitmer and legislative leaders.

The state will draw $350 million from its $1.2 billion reserve. Another $490 million will be reimbursed, with some public safety expenses covered by federal relief dollars as well as $340 million in health-related expenses that qualify for Medicaid reimbursement or relief dollars.

The plan pushes some of the state’s budget pain off to downstream governments through $256 million in cuts in funding for kindergarten through 12th grade, $200 million for higher education, and $97 million for local governments. It would freeze hiring and cut some positions to save another $490 million.

But it also frees up relief that state officials say will help compensate for cuts. The deal frees up federal Coronavirus Aid, Relief, and Economic Security Act funding for schools and local governments. The plan directs $512 million for eligible school costs tied to COVID-19, an additional $53 million in teacher hazard pay, $200 million for higher education, and $150 million for local governments.

“COVID-19 has had an unprecedented impact on our state budget. This agreement provides crucial funding for Michigan families, schools, and communities grappling with costs incurred as a result of the virus,” Whitmer, Senate Majority Leader Mike Shirkey and House Speaker Lee Chatfield said in a joint statement issued late Monday.

Whitmer is a Democrat and Shirkey and Chatfield are Republicans. The GOP leaders joined Whitmer is saying they would press the federal government for an aid package that local and state governments across the country are clamoring for to make up for lost tax revenues.

The budget package deals with a revenue blow from the pandemic this year but the state last month revised revenue projections downward by $3.1 billion for the next fiscal year that begins Oct. 1. Another $2.1 billion loss is expected for fiscal 2022.

“We are committed to working together to address the remaining shortfalls in next year’s budget and we are looking to our partners in Congress for support to help maintain the essential services relied upon by our families and small businesses,” the joint statement said.

Michigan expected to lose $3.2 billion in revenue it was counting on to fund this year’s budget but it has whittled down the gap to $2.2 billion. The new fiscal 2020 general and school funding revenue projection is down 12% to $21.7 billion.

The revised projections were announced last month during a revenue estimating conference. The House Fiscal Agency, Senate Fiscal Agency and either state budget director Chris Kolb or Treasurer Rachel Eubanks are required to hold the conferences in January and May to keep the current budget on track and provide a framework for the next.

The estimating conference expects to meet again in late summer for an update, with more clarity expected for fiscal 2021 after the tax filing deadline that was moved to July from April in tandem with the federal move.

The conference last month cut the fiscal 2021 revenue estimate to $22.46 billion. The state expects another $2.1 billion loss in fiscal 2022 from the original January estimate.

Michigan has about $6.4 billion of outstanding debt and carries ratings in the double-A category.