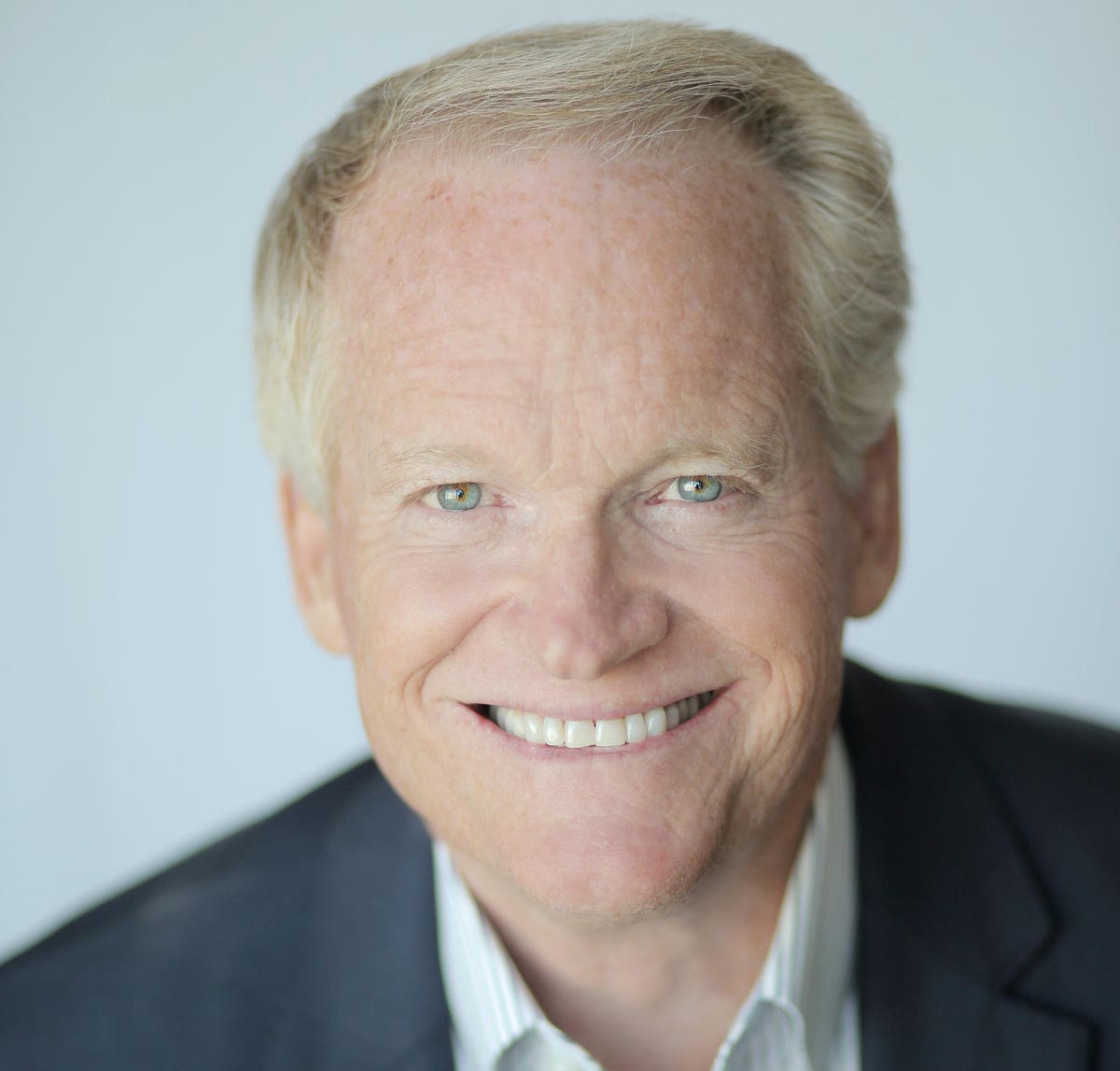 Impact investors are not just our canaries in a coal mine – they can shine a path forward that aligns our economic engines with our humanity. And there’s room for more investors and leaders on this road. I’m sitting with each of our Impact 50 listers to understand how they’re disrupting our new normal to rebuild capitalism in ways that work better for all.

Our first icon and Impact 50 lister is Jim Sorenson. An early believer in microfinance, and a serial entrepreneur who started a video conference software for the deaf, Jim brings his own brand of creativity to transforming capitalism.

Brendan Doherty: Welcome to Icons of Impact. I’m thrilled to have Jim Sorenson, the chairman of the Sorenson Group. Let’s jump in. How did the experience of growing up in a family of entrepreneurs shape you?

Jim Sorenson: I think it had a great influence on me. I came from a family of seven siblings, six sisters and one brother. My father was really a renowned entrepreneur, kind of a rags-to-riches story. My mother was a great compliment to him because she was very empathetic, very nurturing to the family, whereas dad was a great provider, and he was out creating his business empire. It was an environment where we talked about different things at the table than maybe most people; dinner was about the problems in the business or the opportunities. My mother was very interested in people, in the human condition. So, when you look at those two potential influences in my life and their characteristics, you can see why I would gravitate ultimately to impact investing.

Doherty: Was there ever pressure to go into the family business? Was that tricky to navigate?

Sorenson: My dad very much wanted everybody to end up working under him, but I don’t know that he really thought out how the transfer was going to take place. I think he saw himself almost as infallible and that that day was never going to come. But, over the course of time, most of my siblings went on their own. I was more involved with dad later on. He asked me to come back after his big win in selling Sorenson Research to Abbott Laboratories
.

Doherty: That’s a very different way to come into a family business – returning rather than coming up through it.

Sorenson: Right – I think other family members may have been asked, but were reluctant. I felt that obligation to go back and help him because these were businesses that were out of control. It was one of them that ultimately led me to where I am today — in the field of impact investing.

Doherty: Let’s talk about that impact investing. Six months ago you were named to the Forbes Impact list for your Sorenson Group work — from the Foundation, to Catalyst, to the many businesses you’ve built. How have you navigated these last six months as it relates to impact investing?

Sorenson: We’ve taken a multi-pronged approach. Over the years, we’ve developed a portfolio of companies that were very early stage investments. They were program related investments around the world, where roughly 75% of the populations that they serve are very vulnerable, low income populations that would be affected disproportionately from the pandemic. We looked at the health of these companies and how they can contribute. We’ve also taken a very strategic effort with our grants, to try and place them where they can catalyze an even greater impact in the COVID recovery. We’ve tried to build partnerships with other organizations, like Village Capital and their Abacus platform.

Doherty: A pandemic creates a lot of uncertainty and instability. That can spark new levels of adaptability and entrepreneurship. Do you look for that in your founders?

Sorenson: Our entrepreneurs are really scrappy. One example: we made an investment into a first-time fund that was focused on the development of vaccines for diseases. They’ve turned out to have one of the promising candidates for a vaccine for the COVID-19 virus. It looks like they’ll be acquired by a very major pharmaceutical to really scale up and to be able to contribute. When you initially invest, you’re focused simply on a good team, or a real need and potentially a groundbreaking solution. Then something like this happens and those teams are able to pivot and make a great contribution to society.

Doherty: In a sentence, how would you define an impact investment?

Sorenson: To me, impact investing is investing intentionally for financial return alongside measurable, purposeful, social impact and environmental impact.

Doherty: Intentionality is such an important part. Do you believe impact investments are poised to do better than more conventional investing in this environment? Or do you think it’s too early to tell or is just a mixed bag?

Sorenson: First of all, impact investing is a spectrum — I’ve been talking a lot on the very early stage/high-risk businesses, those where we make program related investments to those are essentially considered as grants. So, the purpose is first. We’ve seen remarkable resiliency and success with those very early stage investments that would typically (in the venture world) be maybe 1 in 50 or maybe one in 10 if you’re good. We’re really quite pleased— and I think a lot of it is the tenacity, the adaptability, and the passion of the management teams. I think on the other end of the spectrum, the Foundation is moving toward impact investments. We’re about 90% of the way there, and we’re outperforming the benchmarks by about 200 basis points. I think if you do this right, you can generate market rate or above market rate returns, and great social impact.

Doherty: Has there been any political wins for impact investing in this otherwise broken political environment?

Sorenson: I think there have been some great policy wins, that have the potential to really motivate impact investing, both in the country and internationally. The Opportunity Zone legislation that I was involved in, the Build Act which creates a development finance corporation out of OPIC and USAID, and the super legislation that creates a real role for the federal government in pay-for-success initiatives.

Doherty: There’s been a lot of critical reporting on the Opportunity Zone legislation, but there are also examples of groups like yours (Catalyst) seeking to deliver on the intention of the legislation – to uplift the communities inside them.

Sorenson: Well, we’ve made four investments in mixed-use projects in fairly blighted areas. The ones in Salt Lake have really been focused on an adaptive reuse of a turn-of-the-century Foundry with a very innovative development team. That’s a big part of our success, finding the development teams that share our ethos in terms of transforming these communities. These communities ultimately need to develop a new ecosystem for economic vibrancy. And it’s not just housing – it’s jobs, access to services, nonprofits in the area, education. We try to put these pieces together in a thoughtful way and we look for developers who see that vision. We also  have a very deliberate way of assessing investments as part of a scorecard process Catalyst developed, where we assess the needs for impact, and then how the uses over time address those needs and move the needle. That way we can report on the impact of the investments that are made.

Doherty: Amid the pandemic, have some of the programmatic uses of those buildings changed? Did you have to dial back on retail or office, or adapt to make these investments more future proof?

Sorenson: We’ve looked at every project in the pipeline and we have a dozen behind them. We start with the baseline geography and ask what are the needs within that area because the pandemic has hit people unevenly; in Salt Lake, we’re experiencing a little less than a 10% unemployment rate. That sounds really high… but when you look at other parts of the country, like California, that’s really on the low-end. Then we look at what the most immediate needs in a community and many relate to housing. Housing is probably one of the areas that is less risky. And some of our projects have had to pivot, they’ve said, “Well, we’re not going to put up office right now, it’s probably not the time,” or, “the healthcare clinic we really do need, and the charter school is very viable, so that’s going to go forward.” So that’s how we’re approaching it today.

Doherty: Thanks for taking the time to speak with me today, and take care!