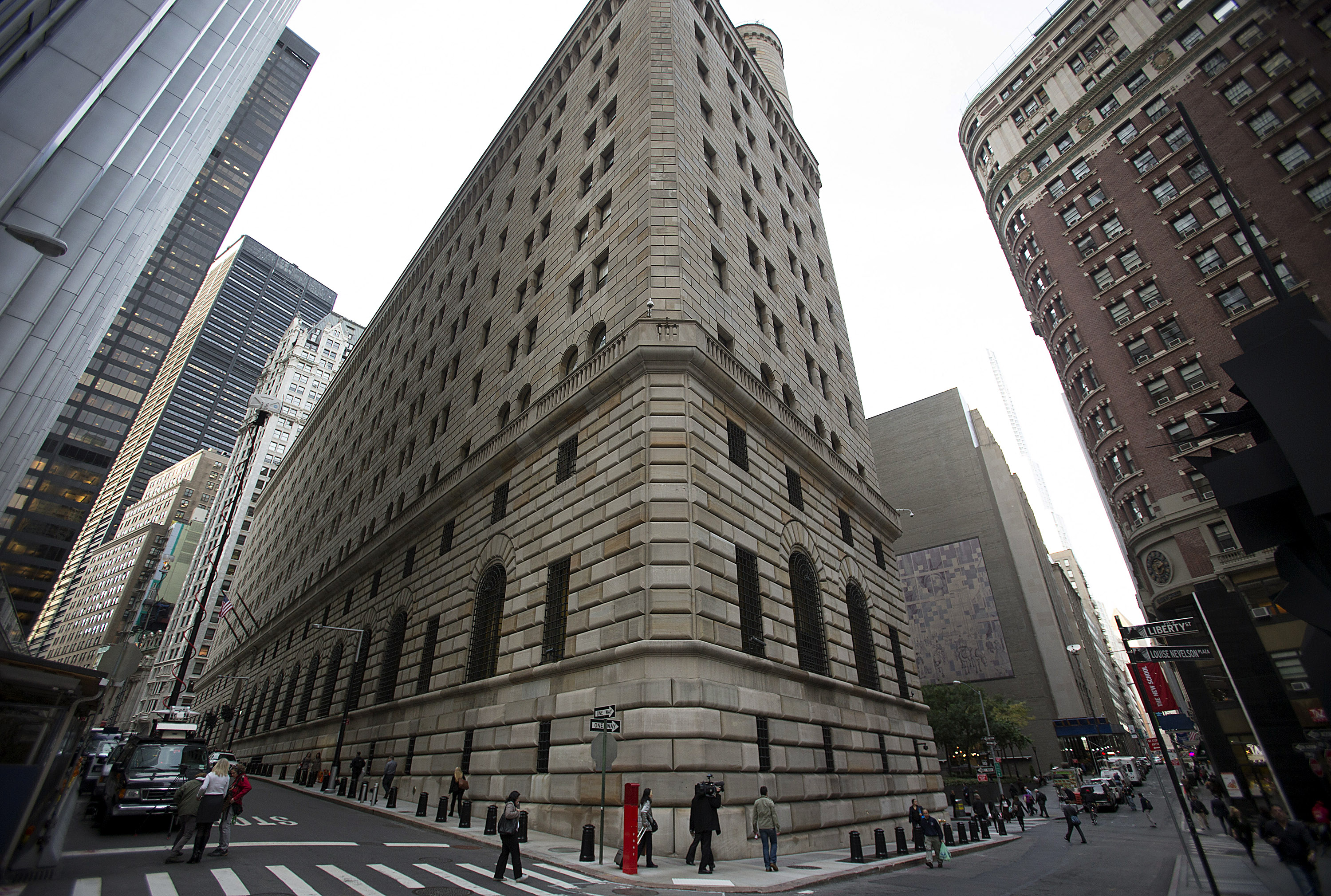 The Federal Reserve is starting to lend to state and local governments, a function traditionally reserved for the municipal bond market. Although the Municipal Liquidity Facility (MLF) was conceived as an emergency measure, it is continuing beyond the financial market crisis of March 2020 and could become a permanent feature.

If the Fed continues to expand MLF, it could crowd out traditional municipal bonds and lead to a federalization of state and local debt finance. A Fed takeover of municipal lending is a weighty policy decision fraught with dangers that should not be inadvertently or capriciously back-doored into existence during a pandemic.

To stabilize the market, the Fed first expressed a willingness to buy municipal securities on the secondary market. Then, on April 9, it announced the MLF using new lending authority it gained through the CARES Act. Under the MLF, the Fed can lend directly to state and local governments.

Since the original MLF announcement, the Fed has issued updated term sheets which extend the life of the program (from September 30 to December 31 of this year), increase the maximum term of MLF loans (from two to three years) and expand the universe of eligible municipal borrowers. Although the lending program is called a “liquidity facility” – suggesting that it is a device for creditworthy governments to secure funds in difficult market conditions – it is open to junk rated entities, meaning that the Fed could be taking on credit risk as well.

Many in Congress would like to see the program extended further. The House-passed HEROES Act would extend the program through the end of 2021, increase the maximum loan term to ten years and reduce the interest rate on MLF loans to the Federal Reserve’s discount rate—currently 0.25%—regardless of the borrower’s credit quality. While the HEROES Act lacks Republican support, some GOP representatives recently joined with Democratic colleagues to ask the Fed to reduce the population threshold for eligible local government borrowers.

If MLF continues expanding and offering more liberal terms, there will be pressure to extend it indefinitely, making the facility a viable ongoing alternative for state and local governments which would otherwise borrow from individual and institutional investors via the municipal bond market.

The competitive aspect of MLF seems to have been at play in the State of Illinois’ decision to become the program’s first borrower. On May 18, the state issued one-year bonds (as part of a larger offering) at 4.875%. Then, on June 2, Illinois borrowed from the MLF at only 3.82%. This would appear to contradict Federal Reserve regulations that require it to charge “penalty rates” in its liquidity programs.

The fact is that, practically speaking, the federal government and Federal Reserve could replace much or even all of the municipal bond market if they wanted to do so. The $3.8 trillion municipal market is dwarfed by the $20 trillion market for publicly held U.S. Treasury securities and the Fed’s $7.2 trillion balance sheet. By printing large sums of money and lending it to state and local governments, national authorities could reduce financing costs in the municipal sector.

Despite the debt-riddled federal government’s dire fiscal situation, it continues to borrow at rock bottom interest rates. Further, nationalization of sub-sovereign finance is common in other countries. Direct borrowing by provincial, state, and local governments is relatively rare outside North America.

On the other hand, federal involvement would likely destroy the relative fiscal discipline we have seen at the state and local level. After a spate of bond defaults in the 19th century, states adopted requirements to balance their operating budgets and to obtain public or supermajority legislative approval of capital borrowing.

In the years since 1900, there has been only one state bond default—that of Arkansas in 1933. City and county insolvencies have also been relatively rare since 1940. The discipline of having to balance operating revenues and expenditures each year—although partially circumvented by underfunding public pension and retiree health benefits—has enabled the vast majority of state and local governments to enter the current recession in relatively good shape.

Federalizing state and local finance would likely extend chronic, massive deficit spending to all levels of government, doubling down on our current experiment with Modern Monetary Theory and accelerating the onset of chronic inflation.

But regardless of whether one thinks that overhauling the way state and local governments borrow money is a good idea, we should all agree that it is a monumental decision that shouldn’t be taken lightly by Congress, the Federal Reserve and taxpayers. So rather than continuing to incrementally grow the MLF, let’s have a national debate on whether the municipal bond market is worth keeping.