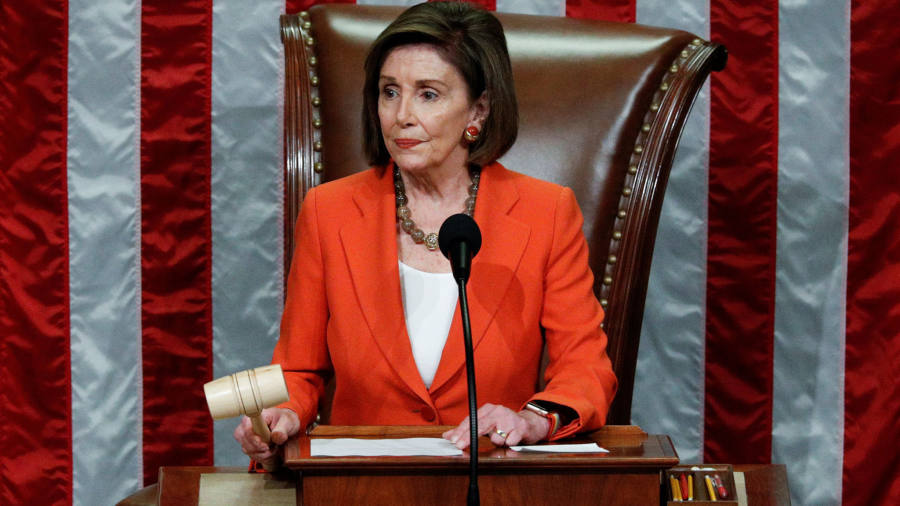 The House of Representatives has voted to start a public phase in the impeachment inquiry, setting the stage for dramatic open hearings about President Donald Trump’s efforts to pressure his Ukrainian counterpart to investigate political opponents.

The measure passed 232-196, supported by all but two Democrats and opposed from almost all 197 Republicans. It paves the way for the House panels leading the investigation to hold public hearings with witnesses who previously testified in private.

Nancy Pelosi, the Democratic Speaker of the House, held the vote to rebut Republican criticism that the probe was occurring behind closed doors. The move allows the Democrats to build a body of public evidence that will be critical if the House eventually votes, as expected, on formal articles of impeachment against Mr Trump.

“These open hearings seeking the truth and making it available to the American people will inform Congress on the very difficult decision we will have to make in the future as to whether to impeach the president,” Ms Pelosi said ahead of the vote.

Republicans have criticised the way Democrats have conducted the impeachment inquiry, claiming a full House vote was required in order for a probe to be legitimate. They had hoped to divide Democrats over the issue by pushing for the vote.

Mr Trump has denounced the inquiry and described witnesses who have presented damaging evidence as “Never Trumpers”. But he is facing an increasingly tough challenge in defending his actions, after several current and former officials testified that he had inappropriately tried to put pressure on Ukraine’s president.

“The Greatest Witch Hunt In American History!” the president tweeted after the vote.

The White House said the vote showed the Democrats had an “unhinged obsession” with an “illegitimate impeachment proceeding”.

“The president has done nothing wrong and the Democrats know it,” said Stephanie Grisham, White House press secretary. “With today’s vote . . . the Democrats have done nothing more than enshrine unacceptable violations of due process into House rules.”

Kevin McCarthy, the top Republican in the House, accused the Democrats of “trying to impeach the president because they are scared that they cannot defeat him at the ballot box” next year.

Speaking after the vote, Mr McCarthy pointed to comments Ms Pelosi made earlier this year when she said impeachment would be too divisive and that Democrats should avoid taking that route unless there was a truly compelling reason.

Ms Pelosi initially resisted launching an impeachment investigation because she thought that it had little chance of leading to a conviction in the Senate — where 20 Republicans would need to vote to convict Mr Trump — and could backfire by rallying the president’s supporters ahead of the November 2020 presidential election.

But Ms Pelosi launched the impeachment inquiry in September after reports surfaced that Mr Trump had ordered military aid be withheld from Ukraine in an attempt to get Kyiv to take actions that would amount to political interference in the US election.

Two Democrats from districts that voted for Mr Trump in 2016 — Jeff Van Drew from New Jersey and Collin Peterson from Minnesota — voted against the resolution.

Mr Drew, whose district includes Atlantic City, beat a Republican incumbent in 2018. He said before the vote that the Senate was unlikely to remove Mr Trump from office, adding: “I’m not sure what we’ve gained by putting everyone through all this.”

Liz Cheney, the number-three Republican in the House and daughter of former vice-president Dick Cheney, said the Democrats’ move on Thursday could not fix what another of her colleagues described as “Soviet-style impeachment”.

“They cannot go back and fix what is a fundamentally tainted and unfair record,” said Ms Cheney, who represents a Wyoming district.

The vote came as Tim Morrison, the White House National Security Council official responsible for Europe and Russia policy, was testifying before the House panels leading the probe. The White House announced on Wednesday that Mr Morrison would soon leave his position, but said that it was unrelated to the investigation.

Bill Taylor, the acting US ambassador in Kyiv, last week testified that Mr Morrison had described having a “sinking” feeling after learning about a conversation between Mr Trump and Gordon Sondland, US ambassador to the EU, in which the president said he wanted the Ukrainian president to publicly say he would investigate Joe Biden, the former US vice-president and Democratic presidential contender, and his son Hunter.

According to his opening statement, obtained by CBS television, Mr Morrison said Mr Taylor’s account of conversations between them was “accurate”. In one departure, he said Mr Sondland had proposed to Ukraine’s government that the prosecutor-general, and not the president, should make the announcement about an investigation into Burisma, a Ukrainian gas company that employed Hunter Biden as a board member.

Mr Morrison said he was one of the officials who listened to the July 25 call between Mr Trump and Mr Zelensky. He said that while he had concerns about the nature of the call, he was “not concerned that anything illegal was discussed”.

Mr Morrison said his concerns were related to how the call would be treated in the “polarised” environment in Washington and that any leaking of its contents could impact bipartisan support for Ukraine in Congress. He also stressed that his decision to leave the NSC was unrelated to the investigations.

New York MTA to tap Fed program to the max
Atmos, A Start-Up For Custom Homes, Raises Funds At A $25 Million Valuation
Google ad sales bounce back sharply from pandemic slump
Three Impacts Of The Pandemic On The Future Of The Office
Supply surge continues with NYC, California issues well received