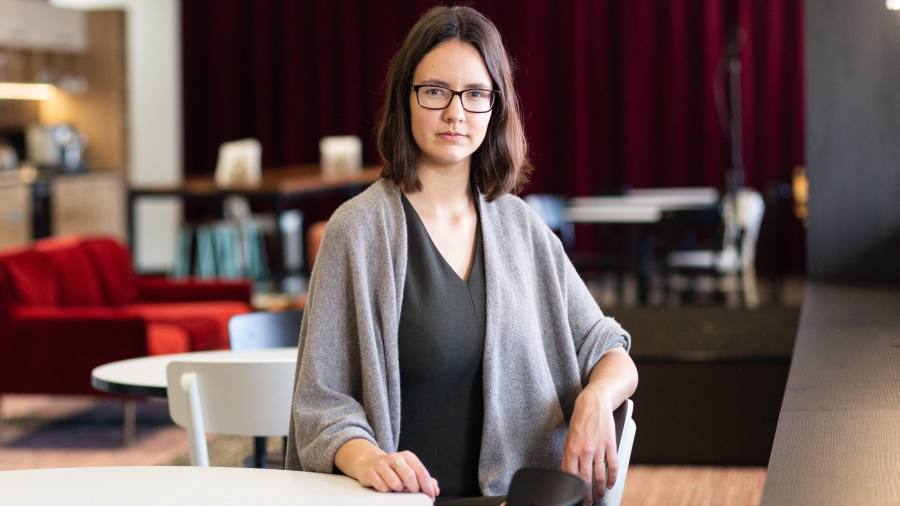 Yet the software engineer, whose family had moved to Australia from Zimbabwe, halted her application.

“I perceive the US to be increasingly hostile to immigrants and people from other cultures,” Ms Manning says.

The US is the birthplace of the MBA and home to 51 of the top 100 business schools in the FT’s global ranking list. But the market is five years into a fall off in demand, which has been spreading in recent years to even the most well-regarded institutions, including Stanford, Harvard Business School and Wharton.

This year, applications are down at all but one of 10 of the highest ranked schools in the FT’s analysis. Chicago Booth School of Business was the exception, with applications up 3.4 per cent this year. But its numbers are still down from their level two years ago, as the school suffered an 8.2 per cent drop in 2018.

The tightening of visa rules for overseas students and hostility to immigration under Donald Trump’s administration are seen as the biggest problem for MBA admissions teams.

Ms Manning, who has worked in Brisbane-based fintech start-ups since she graduated from the University of Queensland five years ago, will be heading for France, not the US, this January to start her MBA at the Fontainebleau campus of Insead. “I actually don’t feel individually targeted and would be eligible for a privileged work visa,” she says. “But I don’t want to move to a country with such openly hostile policies.”

She is not alone in making such a decision. Stanford University’s Graduate School of Business, as the FT reported last month, has suffered a 6 per cent fall in applications for its MBA. It cites immigration worries and the current US trade battle with China.

A buoyant jobs market has also raised the opportunity cost for would-be applicants of leaving employment and going to business school full time; a situation not helped by above-inflation rises in tuition fees.

However, there is also a growing perception that MBAs are no longer the most cost effective way to get on in a career and that other avenues now exist to gain what used to be exclusive benefits of a business education.

Gorick Ng is a research associate at Harvard Business School, where he completed his MBA last year, and is also a vocational counsellor for Harvard undergraduate students. One of the biggest challenges he sees to the MBA are the “unclear benefits” of the qualification to those who are considering taking one: these possible MBA students are precisely the kind of people who could build a network and find a job through other routes.

“I am not saying that a business school is worthless,” Mr Ng says. “I am grateful for the education, mentors and life-long friends I made at HBS,” he says. “But, by and large, most business school aspirants I’ve encountered have lukewarm motivations at best and question whether they made the right decision long after they graduate.”

The most common reasons Harvard students give for taking an MBA include fear of missing out on what friends have done, the desire to leave a job they hate, the chance to find a husband or wife — and simply because they can, having taken the Graduate Management Admission Test exam and scored highly, according to Mr Ng.

But he cautions that these reasons are not sufficient when measured against the cost of studying for an MBA, which can run to $250,000 at schools like HBS, and the two years of full-time study required to complete the degree.

He says: “Like a spork, an ugly hybrid that is not pointy enough to be a fork or round enough to be spoon, business school is so many things to so many people that it ends up being not much of anything to anyone.”

The decline in MBA applications in the US is a concern but far from being a crisis for the highest ranked schools. This year, for example, Stanford received 7,342 applications, down from 7,797 in 2018, for only 417 places.

Lawrence Linker, a Singapore-based admissions consultant at MBA Link, which offers advice to potential students, sees the declining number of applications as an opportunity because they increase the odds of acceptance into top schools. “For those with the right test scores and the funds available there has never been a better time to apply to business school,” he says.

There have been other changes in the business school applicants — an increasing number of women.

According to Elissa Sangster, chief executive of the Forté Foundation, which campaigns to raise the proportion of women in business education, there is a “slow but steady” rise in female enrolment on MBA courses globally.

A third of 52 member schools had 40 per cent or more women enrolled for last year’s intake, up from just three schools in 2014, Ms Sangster notes. “We have seen a more intense focus on enhancing gender diversity in the last five years,” she says.

While Ms Manning may have decided against applying, this year, Stanford Graduate School of Business has its most gender balanced MBA intake, with women making up 47 per cent of the cohort, up 6 percentage points on 2018.

This is the result of several years of expanding efforts to encourage female applicants, such as outreach events to groups of women outside the US and scholarship support for women, according to Kirsten Moss, assistant dean of MBA admissions and financial aid. “Diversity, equity and inclusion is a key priority for the GSB,” she says.

Financial aid proved important for Ms Manning who has been helped with her MBA costs at Insead with a €20,000 Forté Fellowship grant. “The MBA makes sense to me because I want to get an international experience, hopefully to do something in the future to help my home country, Zimbabwe,” she says.

The biggest barrier to her peers applying to business school is not money but indifference to the MBA as a method of getting on in their careers, she says.

“In the tech industry, few people have an MBA.”