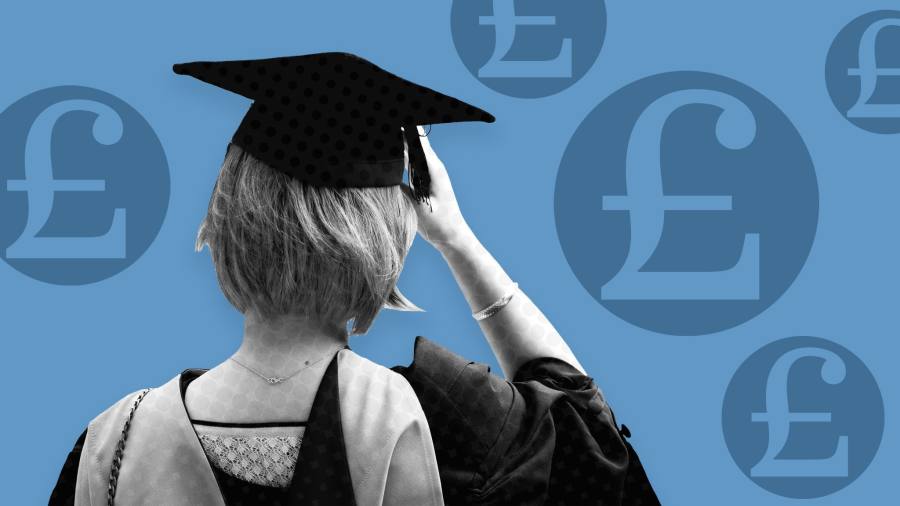 Across the country thousands of proud parents have spent the past few weeks dropping off their sons and daughters at university. Alongside anxious students about to embark on degrees will be thousands of mothers and fathers with concerns of their own, from whether their child will settle in, look after their health or turn up to lectures.

For some, the biggest fear will be how their child will cope financially, as the majority of students will be managing their own money, paying for living expenses and working to a budget for the very first time.

They are right to be concerned — starting at university can be tough. Recent analysis by the Institute for Public Policy Research found almost five times as many undergraduates disclosed a mental health condition to their university as did 10 years ago. Many cite financial challenges as well as social and academic pressures affecting their wellbeing.

When I went to university it was easier from a financial perspective. There were no tuition fees (I was among the last to sneak through), living costs were lower, and student rents were a lot cheaper. But, as I have a twin sister and both of us wanted to go straight to university after A-levels, it was still a financial strain on our family. As a result I quickly mastered budgeting and supplemented my allowance with student loans and holiday jobs.

Today’s students face higher costs, with courses in the UK costing an average of £9,188 and living expenses now averaging around £800 per month, according to the Universities and Colleges Admissions Service.

This means it can be easy for individuals to fall into problem debt. A new study from comparison website Moneysupermarket.com found the percentage of undergraduates using payday loans has risen by 137 per cent over the past decade — to more than a quarter. Almost one-third of the students surveyed said they had spent their maintenance loan by week five and 36 per cent also relied on a credit card.

Financial worries can have a big impact on a student’s mental health, as well as their academic performance, but it’s not too late to help your children become confident in managing their money. Start by getting them to make a budget and promise to stick to it. Unless they work out what money they have coming in and out they could soon find they don’t have enough to cover all their outgoings.

Costs can be even higher at the start of the academic year, when students face hefty charges to pay for housing — including the deposit and fees — as well as textbooks and Freshers’ Week social events. You won’t receive all of your maintenance grant at once — it is paid in tranches throughout the academic year and the payments are only made if the student’s attendance on their course has been registered. Make sure there is enough money to cover initial costs, such as books, transport and the first month’s rent — and be ready for some landlords to demand more than a month, fearing arrears if tenants burn through their grant too quickly.

Keeping a separate easy access savings account for social activities and one for bills and monthly outgoings can help students keep track of spending. Banking apps are the quickest, easiest way to keep on top of finances. In the Barclays app, for example, it is possible to freeze a debit card (useful if you’ve temporarily misplaced it after a night out), set a spending limit (to stop you from making any unnecessary big purchases) and get a breakdown of your spending (so you can identify where you might be able to make savings). Apps such as Unidays and Student Beans can also help with saving, with alerts on deals on food, drinks, clothing and technology.

Second tip — steer them away from opening a student account with the first bank to wave “freebies” at them. Banks vie for students’ custom (as they know the majority of people tend to stick with the first bank they use for the rest of their lives) so will use giveaways and cash bribes to encourage customers to sign up.

Students who are tempted to use credit cards as an extension of monthly income will soon find themselves paying back twice as much, as high interest rates can stack up

For many students the ability to be able to borrow as much as possible interest free will be the biggest financial benefit, so it’s worth finding out which student bank account comes with the largest interest-free overdraft.

Santander’s 123 account gives youngsters a four-year 16-25 railcard (worth about £100), which saves one-third off train journeys in the UK, a £1,500 overdraft and pays up to 3 per cent interest depending on how much money you have in the account. NatWest has a fee-free overdraft of up to £2,000, plus a National Express coachcard or an Amazon gift card. Lloyds offers up to £1,500 interest free overdraft in years one to three and £2,000 in years four to six, and Barclays up to £3,000 interest-free.

My final, but undoubtedly most important piece of advice is to avoid credit cards. If your child needs one for emergencies then let it be just that, but students who are tempted to use credit cards as an extension of monthly income will soon find themselves paying back twice as much, as high interest rates can stack up.

Balancing finances with social temptations will be hard, but remind them that once they leave university they will remember their grades far more than nights out where they were tempted to blow their budget.